On Tues 12th March, it will be the 25th anniversary of the first ordinations of women to the Priesthood in the Church of England (it’s also my Dad’s 80th birthday, but you don’t need to know that).

I rather rashly tweeted one evening this week that we should celebrate the anniversary, by tweeting about all the normal stuff we do when we’re being priests (now let’s not get all ontological about when we are and aren’t priests, you’all know what I mean), and I asked who wanted to join in.

Then I went to bed.

I woke up to find my phone full of messages and support and it hasn’t stopped since, so it looks like it’s now a thing.

For me this is about celebration. There are so many amazing women (and men) who went before and fought so hard for us to be accepted as priests in the Church of England. I want to celebrate their hard work and dedication, and I want to celebrate us as we get on and do the stuff.

My tweet was prompted by a few negative comments I’d seen on Twitter this week about female clergy. So for me, it’s also about understanding and helping people to see that being a ‘woman priest’ is not a thing. We’re just priests.

I know that can be hard to understand for some and might even sound contradictory, so I shall try and explain.

Here’s the thing: for centuries The Church has been led by men, this means that the structures, opinions and ways of The Church, have been formed by men. Centuries of this are not going to be undone in 25 years, but things are gradually changing. Women who are priests are not asking for ‘special treatment’, they are asking to be treated with the same courtesy, understanding and respect as their male counterparts. Differing theology aside, having certain bits of anatomy makes no difference to the calling or the role of the priest. Like my male counterparts I do things like: preside at the Eucharist, marry people and baptise people. The Church of England ordained me to do that. I am not a ‘woman priest’ but just: a priest.

Do I minister differently to others? Yes because I am an individual. Is this because I am a woman – well, sometimes, yes, because my life experiences as a woman will be different to many men’s.

Does this mean I and other women are less able to do the role? No, we have been through a lengthy discernment process and training, like our male counterparts, in order to step into the calling to be a priest.

It’s also worth noting here that some of us find the term ‘women priests’ or ‘woman priest’ difficult or even condescending, for the reason that it makes us sound ‘less than’. Likewise, we are not priestesses or lady vicars.

Does all this mean there is no battle still to be fought, nor celebration to be had? No! Because things do still need to change. Hundreds of years of patriarchal attitude will not be undone in 25. We celebrate to remember the fight of others and to recognise their sacrifice so that we can do what we do. We fight on, to be recognised for who we are and what we represent.

So I’m going with a hashtag for the day that reflects all of that in:

A few people suggested this on social media, so thank you if you were one of them. I know there have been other hashtags suggested, official and otherwise, but this one seemed to be the most popular and I think highlights both the ongoing work to be done, and the celebration.

A wider celebration of ministry?

A few people have raised concerns over being too narrow in this celebration, asking why are we singling out priests only or can we include others too, so just in case you missed the first tweet that sparked all this, the reason I suggested doing it on 12th March is to celebrate the anniversary of 25 years since the first ordination of women to the priesthood in the CofE. That’s why I suggested we tweet about life as priests specifically, so that’s going to be my focus this time.

How to join in?

Lots of others have asked if they can take part, from other denominations, male clergy, ordinands and others, and the answer is YES, of course this is a celebration, so join in!

This is not prescriptive, as I said, it was just an idea, so you can celebrate however you like but here’s a few suggestions of things you could tweet or post on the day (on whichever social media you use).

If you are a priest and female:

If you are a supporter you could:

There’s just a few ideas, I’m sure you will have others, so let’s celebrate together!

Sometimes there are people who want to tear us down, or ‘piss on the parade’, so can I suggest we just don’t go there? Let’s be an example of God’s love instead? Trolls usually comment to get a reaction or to rile us, so let’s just choose to ignore, or as Rev Kate Bottley often suggests: ‘block and bless’. 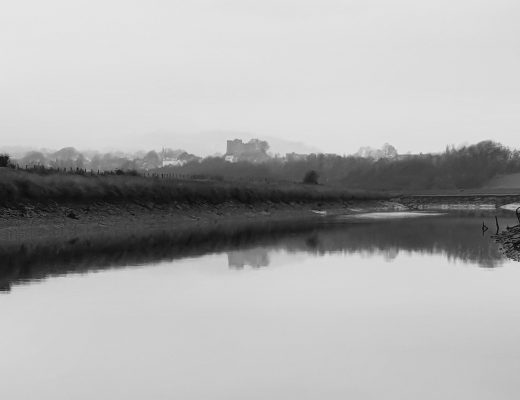