Chapter 2 // What is ‘discernment’ all about? 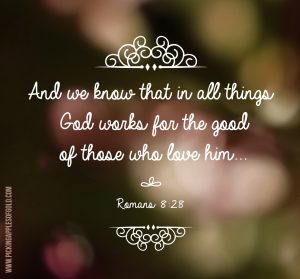 What is ‘discernment’ all about? //

My first real brush with the discernment process was when the DDO called me at home, in the middle of my son’s 7th birthday party. There were a large number of children in my kitchen all attempting to get the closest to the chocolate fountain we had, perhaps foolishly, borrowed for the occasion. There was screaming and mess and much hilarity. It was into the midst of this mayhem, that the DDO arrived (via the medium of British Telecom). Of course I was completely unprepared and made a hasty retreat to a quiet room of the house, praying that the boys would not wreck the kitchen in my absence. It was also totally unexpected, not least because I had been assured that Church of England processes take so long so it would be months before I heard from him. It was actually 2 days. After a brief conversation in which I hoped I sounded normal, especially having run upstairs to escape the noise and was now breathing in a somewhat heavy fashion, I was then invited (or perhaps summoned) to the DDO’s house for a chat. I took biscuits, because that’s what one does when one is visiting someone else. He declined to accept them and I rather think he may have thought they were a bribe.

So, to the process itself, what the heck is it all about? In short, the discernment process is the means by which candidates (aka: ordinary people) are selected for ministry with the Church of England, but chances are you knew that already, otherwise you wouldn’t be reading this. It entails being assessed against a list of ‘selection criteria’ under the guide of your DDO (Diocesan Director of Ordinands) and will end up with a BAP (Bishops Advisory Panel). We’ll come on to all that later, but everything in between those points will vary enormously (yes, really) according to your diocese. Which is one reason why people can find the whole thing so difficult, because there is no set process to compare against. Whilst the process is overseen by the selection team at Ministry Division (no, it’s not something from Harry Potter, it actually exists) their role is largely that – an overseeing role. The responsibility for selecting candidates for training lies with individual Bishops, they will be the ones licensing candidates at the end of it all, and in many cases candidates remain within their dioceses too. Ministry Division (‘affectionately’ known as Min Div) however does have more of an input once it comes to BAP, where they have a representative overseeing this final stage of the process. They also collate all the information relating to the outcome of each BAP before it is sent back to the Bishops. So effectively you do the discerning in your own diocese under the DDO and Bishops careful gaze (or glare) and then they send you off to BAP where Min Div basically makes sure that you match up to what has been reported about you from the discernment process.

The largest part of the process, therefore – the discernment period – is down to your own Bishop, DDO and diocese, which means much variation. So do bear in mind that some of what appears in the following pages may not apply to you. I have tried to cover all bases in the hope that at least some of them will be helpful to you, and yet I am sure there will still be things I have missed for which I can only apologise and yet, still blame it on your dioceses.

Why go through it at all?

You might well ask, why do I have to go through this process? Shouldn’t I be trusted enough to recognise a calling in my own life? Well all I can say to that is that everyone, without fail, who I have spoken to who has been through it, has found it worthwhile to some extent. It really helps you to think about your own faith, why you believe what you do and what has shaped your opinions and the way you live your life. Of course that means it can be pretty hard going too, but it is very beneficial and whatever you feel about your own calling, the process will help you to work out in your mind exactly what that means for you. Which, it has to be said is possibly more important than what the Church of England thinks (but don’t tell them I said that). And anyway the bible tells us to ‘make your calling and election sure’ (2 Peter 1:10-11) so just in case you weren’t sure, it’s there in God’s word.

Actually, ‘discernment’ literally means an act or process by which ‘keen perception, insight or judgement’ are used. In a Christian sense one would hope there is also a level of listening to God as well, to hear what he is saying or what he is guiding us to. In the DP the ‘discerning’ is done by you as an individual, guided by others and by God; but also by a whole raft of people around you that we shall come on to throughout this guide. It’s a very thorough process but it’s important to remember that the result of it all is to find the best people for different types of ministry in the CofE, and those who are genuinely called by God to that vocation, which has to be said, I’m afraid, may, or may not, include you. And if it’s a ‘not’, don’t panic – we’ll come on to that in Chapter 7 but for the meantime park that particular worry on a shelf somewhere.

The term ‘ministry’ can be applied to all of us, of course – we all have a ministry of some sort to those around us. But in this guide when I refer to ministry, I am referring to it in terms of a specific leadership role within the Church of England (simply to save on space and avoid endless emails/tweets about what ministry is). So then the DP is all about working out what type of ministry YOU are called to. For many this might be Licensed Lay (Reader) Ministry or Ordained Ministry but there are many other ways to serve in leadership within the church and it’s important to think about this as you enter the process. It is perhaps the most obvious and visible choice that if you are called into leadership in the church, to aim for ordination, but that might not be what God is calling you to. For example other roles (some ordained and some not) include chaplaincy (hospital, prison, school), being a Distinctive Deacon, Church Army Evangelist, or Pioneer Minister, to name just a few. Equally are you hoping to be stipendiary (ie: paid) or self-supporting? Hopefully your DDO, incumbent or advisor will go through this with you and certainly during the process you will be encouraged to look at the various options and to think prayerfully about why you feel called to what you do. I am not going to go into all the various types of ministry in detail here as there is a lot written on that already, I just want to flag up that what might be the most obvious direction may not be the right one for you.

Of course it’s not just about the type of minister, the DP should also help you to think about the area of ministry you feel called to. For example, are you interested in rural ministry, or maybe your passion is in mission opportunities, or do you feel your role is to be more sacramental…? Your main area of interest or ministry, will be included on the sponsoring papers that are put together when you go to BAP so it’s good to at least think about this. If you simply feel called to ‘bread and butter’ vicaring they will love you though! One thing I found very useful about the process was actually having time and, in fact being encouraged to, think about this at length. The CofE is such a broad institution that there are so many different opportunities to consider and it might be that God has already put you in the area he wants you in, or it maybe that he is calling you to something vastly different. My advice is to take your time to think it through thoroughly.

It is also important, if you are coming to this with some ‘life experience’ (they love that term) to think about the skills and talents you already have. Just because God is sending you off on a tangent, it doesn’t mean everything you already have learned and experienced will be shelved, whether that is what some might call ‘a ‘good’ experience or a ‘bad’ one! On the contrary in my experience He very much uses what you have already! Romans 8:28 tells us that God works through ALL things for the good of those who love him and so we can be sure that nothing gets wasted in the kingdom.

Lastly, and I suggest this is something to remind yourself of when the process is dragging or you are frustrated by it, which will undoubtedly happen at some point: Hmm, well, let’s put it like this, I’m sure we can all think of a Vicar we once met, who possibly wasn’t the best choice of Vicar, or perhaps might have been ‘better suited’ to another vocation, right? Well, that’s another reason why the DP is so important. In times gone by, people were simply sent on a selection weekend (under the various guises that it took) or the Bishop just decided to make someone a Priest (which actually can still happen, and from time to time does in exceptional circumstances). Over the years, thankfully, the DP has become much more thorough, meaning less chance of ‘unsuitable’ people getting through, but it does mean for you and I, a much longer, tougher process. However, that isn’t to say that those making the decision are infallible, they are not, of course, none of us are, but generally speaking these are people with a lot of experience and interest in the various areas under the title of ‘vocation’. They are well trained and make their decisions thoughtfully and more importantly prayerfully.

On discernment in general, ‘Finding God in each Moment’ is a nice little book and Amazon’s ‘look inside’ facility allow you to actually see quite a lot of it without buying (although it doesn’t cost much anyway).

‘What shall this Man do?‘ by Watchman Nee looks at ministry in general, in the New Testament context. I’ve not read it personally but it looks good and others have recommended it.

Grove Booklets – If you haven’t heard of these before, you need to! Short, to the point booklets on basically anything and everything to do with the Church of England and the Christian faith. At £3.95 each they are little gems and well worth checking out.