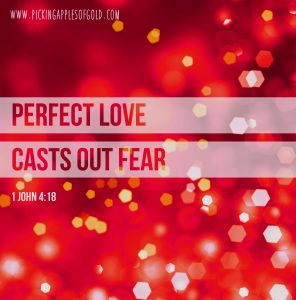 I hope that if you are reading this right now you will already have been through some sort of personal tussle over your calling. But you may of course still be in the ‘temporary insanity’ phase. So if you feel like you are going a little bit mad, don’t worry everyone does at some stage. Well I say everyone, there are of course those who have been told since birth they are destined for the Priesthood (and if that’s you then stop being smug and just skip the next few paragraphs) but for the most part we all feel like it’s a bit bonkers. I mean who in their right mind would actually want to be a Vicar? Long hours, working lots of evenings and definitely weekends, and what’s more, the uniform sucks. Need I say more?

Never before has that passage about Jacob wresting with God felt so pertinent than when I was considering that God might be calling me into ministry. The bible says Jacob wrestled with him all night long. Well it will probably be longer than a night wrestling over this one, more likely months. When people ask me if this is something I always wanted to do, I laugh. A lot. I spent about 6 months in denial about the whole thing and I know people who have spent years trying to avoid it. In fact you may find yourself using the DP as a way of finalising and confirming once and for all that you are most definitely not called into ministry. I did not do this. No, not me. Never. Hmm, well, maybe a little…

For some and certainly for me, getting to some sort of acceptance over the calling took a while, in fact it was when I realised I hadn’t been able to sing the hymn ‘Here I am Lord’ without blubbing for about 2 years I knew I had a problem. So acceptance came for me in three phases: 1: denial, 2: hysteria, 3: defeat

If there is one thing I have learned, it is that if God is calling you there’s not much you can do to avoid it. Eventually he’s going to start shouting in your ear so you might as well give in and check it out (or get some super strength ear plugs). Believe me, and for your own sanity I recommend the former in the long run.

For me, being called into ministry followed a rather unexpected encounter with God, bringing both me and my husband back to faith after years of doubt, so it was somewhat of a shock to say the least. Well, I say shock, nuclear warfare might just about sum-up what was going on in my brain at the time. It didn’t help that a number of ‘coincidences’ happened, and conversations with random people that usually involved them telling me to consider ministry, became common place. In fact the most bizarre of all was when a double glazing salesman came to the house and in conversation told me ‘when you have a calling on your life you just have to obey’. Flippin’ Nora so God is even using double glazing salesmen now?!

Apparently this is common, people affirming your calling that is, not the double glazing man bit, that would be weird – in conversation at BAP, ‘ so, have you had you visit from the Anglian man yet?’ (other windows are available…).

So as you can imagine the next logical step was hysteria. ‘Right so I can’t actually ignore this any more, that means I have to consider God – yes that’s THE God, creator of the universe – might actually be asking ME, yes me, failed, broken me, to do this thing. ARGHHHHHHH!!!’ This meant my mind going into complete overdrive about what it would mean for us as a family: moving house, studying, and horror of horrors a dog collar (might have been getting a teensy bit ahead of myself there). At some point I admitted all this to my husband who was rather wary about the whole thing (I should let you know that I may have been known to have a few hair brained schemes in the past, so his wariness was somewhat understandable, although actually come to think of it I think it would have been understandable in any case).

Eventually we agreed that in order to have some peace of mind (and hopefully put the whole idea to bed) I had to find out more. Although even at this stage I didn’t want it to be official, so I went to see a Priest other than my own. Sadly the hysteria stage had not yet finished so I spent an hour snivelling and sobbing in his vestry. There was snot. It was not pretty. In fact the scariest thing was that he knew exactly why I was there even though I hadn’t given him an inkling of why I wanted to chat to him.

Apparently (and thankfully for me) my reaction was not uncommon, not in response to him of course, lovely man, just my reaction to the generally hugely momentous thought that I might be ‘being called’. Because let’s face it at this stage (and at many others in the DP) it’s pretty momentous. So if you are currently a gibbering wreck, trying hard to avoid it all, you are not the first and nor will you be the last, take comfort that there are probably many others snotting their way into the process right now. And if that doesn’t help, Psalm 56:8 tells us that God ‘keeps track of all my sorrows. You have collected all my tears in your bottle. You have recorded each one in your book.’ (NLT), which is nice to know, although I feel sure it is probably a vat in my case rather than a bottle.

I was, it’s fair to say, completely defeated. Having been to see someone ‘in the know’ who I was convinced would send me away with a flea in my ear, but who did exactly the opposite, well then, I had nowhere else to run. And run I did want to. Said lovely Priest then sent me on to the relevant powers that be, starting with my own Vicar and the process began.

I should say again at this point, not everyone feels completely baffled by the whole thing, many people know exactly what God is calling them to and have no need to sob on random Priests, which is great. It’s just that a lot of people do!

So if you have made it as far as seeing the DDO, I applaud you! Well done, you deserve a medal… but just to warn you, it’s only just begun…

So, you think you might have ‘a calling’. Maybe you’ve been to see your incumbent, maybe you’ve already seen your DDO. There are various ways to enter the process and like pretty much everything about the DP it varies from one diocese to another. I have heard of people whose incumbents refused to support them and wouldn’t therefore refer them to the DDO. This is, I hope, unusual but if that happens don’t be completely put off. The CofE runs vocations days as do many dioceses, some have Vocations Advisors too who are a great starting point for an informal chat. You can do like I did and see another Priest if you happen to know one, and if you get really stuck you can always contact your diocesan office and ask to speak to the DDO direct. This isn’t usually the ‘done thing’ so I would only suggest doing that if it’s essential in your case. In most dioceses your first official meeting will be with either a DDO or a Vocations Advisor and they will then fill you in on what will happens next.

My advice here is not to expect too much from the first meeting with your DDO or VA or whoever else they send you to. Whilst it can be incredibly nerve wracking and potentially emotional, it tends to be an informal chat about why you feel called. Unless you are really barking up the wrong tree, or there is something significant in your life that needs addressing, it’s unlikely you will come away from this disheartened and you will probably then be passed on to someone else to get the ball rolling.

This can be a bit of a let down, but remember this is just the start of a process that can take years. Yes, really years, and that varies enormously. So don’t expect to come out from that meeting with a fully formed time scale of when you might become a vicar (or other). I don’t know a single person who was given an accurate time scale in that first meeting, however you might and should be given a guide to what needs to happen before then.

All that said, don’t underestimate your DDO, most of them have a lot of experience in vocations. Do go prepared, take questions and concerns, and be completely honest, it’s not a test (yet!). Most people I have spoken to, came away from their first meeting feeling relieved and upbeat. Relieved because although the meeting itself isn’t hugely important to the whole process, it really is a personal milestone.

Well this is where things get a bit cloudy. Dependent on your diocese you will be guided through the next part of the process by someone, who could be your DDO, an Assistant DDO (ADDO), a Vocational Consultant (VC), or someone else. In the next chapter we’ll look in detail at the ‘Ministry Enquiry Form’ and the ‘Criteria for Selection’ but the timeline below should give you a rough idea of how things will happen (bear in mind, as I’ve said, things do vary).

The DDO handbook does state that on entering the DP, candidates should be given clear, written guidelines explaining the process to them and indicating some idea of the timescale involved. Of course if that were the case there would be less need for me to write this guide, but don’t be afraid to ask! It can be quite daunting entering into this whole mechanism but at the end of the day you are the one it will affect most of all, so do ask questions and do query things you are unsure about.

Sending Candidates to BAP is actually a guide put together by Ministry Division for DDOs relating to the selection process and replaced the DDOs handbook. However it is available online and can be worth dipping into.

Being a Priest Today – Christopher Cocksworth

It’s pretty much a dead cert that someone along the line will tell you to read this book. It is considered a classic and whilst personally I didn’t find it all that exciting, there is some really useful stuff in there so trudge on through. There’s also ‘Being a Deacon Today’ (Rosalind Brown) and ‘Being a Server Today’ (Clover & Verity).

Another classic is The Christian Priest Today by Michael Ramsey, another one they are bound to make you read so get it and get ahead of the game!