So after the heartfelt post on Monday, I thought an alternative view of my Priesting might be good too, definitely a sign that God has a sense of humour..

I think it all began a few weeks ago when I randomly met the Bishop’s Chaplain and we bonded in the wine aisle of the local village shop, and then moving swiftly to the rehearsal last week, which involved a lot of humour, and regular interjections of ‘oh bugger’ when things weren’t going quite as planned, and then of course finally on to the retreat itself.

And I have to say that after the busyness of the last few weeks it was actually rather lovely to go to evensong in the cathedral, which is not my usual style as I’m sure you know, but there is something about just sitting and listening and letting the music flow over you. So there I was, just sat with my eyes shut, a thousand voices (maybe a slight exaggeration) singing melodiously and in harmony, when I could have sworn I heard those melodious words singing about a trump…

My eyes snaped open, torn form the stupor of beautiful music as I busily scan the pages to check, and there I read the lines:

focus, focus, do not make eye contact with anyone else, stifle those smirks…

Is it just me but when I go into a super formal environment (like the cathedral) I have to suppress the urge to be silly or irreverent, so you can imagine, then the strength it took to suppress my giggles at the word ‘trump’ on top of anything else. You know what they say, if you can’t laugh at farts then you are too old…

There followed discussing the merits of nail varnish and diamonds with the Bishop over drinks – as you do – and sometime later, with all of us either in cassocks or collar, sent off in silence to the best prepared and holiest of places for a silent retreat: Chichester Travelodge. As we traipse along at 9.30 in the evening, all in a line, not talking, we pass the nightlife of Chichester, and watch their comedy responses to our appearance like some kind of cross between Father Ted and Harry Potter.

Of course the merits of a silent retreat (which I would say I was honouring and not even watching the news the day after the election – so much was my commitment to silence) were only slightly marred by the stag party residing in the travelodge that were up until 3am and requiring a police presence. It is rather amusing that both our pre ordination silent retreats have been less than silent, with last years before deaconing regularly interspersed with grunts and shouts from the women’s group sharing our accommodation and seemingly having some kind of releasing workshop.

This positive experience was only added to by waking up to the enormous joy that I had my period (getting my period on the day of my Priesting – gee thanks Lord, I mean aren’t you in charge of the universe couldn’t you have rigged that one?) (yes ok perhaps slightly TMI but it’s funny. Well it wasn’t at the time I can tell you…). My kids will tell you I cry at anything, I don’t think that’s quite fair but you can imagine though that my propensity for tears was not exactly helped by the appearance of such hormones in my life. I may or may not have gone through a large amount of mascara.

Finally it was time for the service and we all prepared in the sweltering heat of a British summer that for once is living up to it’s name, as we all don several layers of thick fabric covering us from neck to toe.

As we approached the door of the church someone, (ok it may have been me) instigated a bet on the length of time of the service, which was actually won to the minute at 1 hour 50mins by one of our number.

The service itself was went well, apart from the reappearance of tears, no trump lines this time, but one of the funniest moments was as we turned to process out when I find myself facing the other charmismatic among us and we are both unsure whether to bow before we leave. What followed was a comedy chuckle brothers moment where we half bow, half turn, turn back and end up in hysterics as we finally walk out. Oh how reverent…

So there we are, and perhaps the thing that makes me recognise God’s sense of humour more than anything is that I am a Priest! I keep having sudden moments of clarity and being like ‘flippin heck I am a Priest. Now how on earth did that happen…?!’ 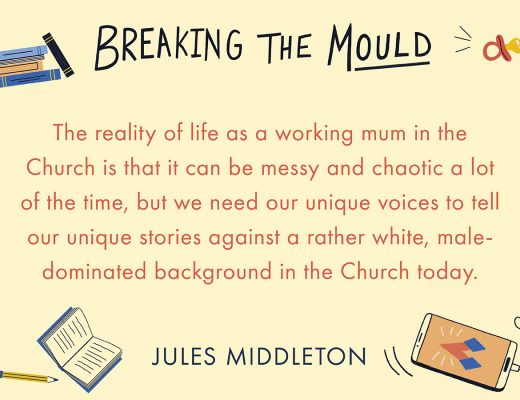