Posted on April 9, 2015
This week at Vicar School we had to present a 3 minute sermon – harder than you think and has inspired some thinking on preaching which will undoubtedly follow on the blog…!
Anyway this was mine…

John 6.1-15 // Feeding of 5000 // 3 min sermon
One thing I have been guilty of (amongst many things I am sure) is feeling too busy, of not having enough time. And God has been speaking to me about that recently and in fact has shown me in quite amazing ways that if I just focus on him, there will be more than enough time. So I’m going to start with a little story about that…
A few weeks ago I had a last minute deadline to meet for work, a grant bid that had to be completed and submitted by the next morning. And for various reasons I had neglected some rather key parts of this.  I’ve got to be honest, I didn’t give this much thought, or prayer, I just assumed this would be an all-nighter (and I’m sure as students with essay deadlines we’ve had a few of those right?), it was the school hols, the kids were at home, there was no way I was going to get this done. But by complete chance (HA!) I had an hour without the kids, just enough to get started on it all. But as God had been speaking to me about time, I just prayed, Lord this is your time, I just give it all to you, I can only do what I can do.
Well, all I can tell you is that just over an hour later, the entire thing was finished, grant bid, all the key parts, financial projection, all of it. Finished just as the kids, came to find me. It was nothing short of a miracle. Because God simply multiplied that time. He took what I gave him and increased it, and not just a little bit but in abundance.
And that’s what we see in the story of the feeding of the 5000. God – Jesus –  multiplying the little that was given to him, in abundance.
But I think what this passage shows us, is that we have a choice. We can focus on the problem or we can focus on God and his answer to the problem.
We see, don’t we, the disciples focussing on the problem and not the answer, asking of the little they have: ‘but how far will they go among so many?’
and we see just how far: Jesus multiplies what little they bring and provides food for everyone.
Not only that, he didn’t just feed them, he didn’t just give them enough, he fed them ‘as much as they wanted’ it says, and even then there was masses left over.
Because he is a God of ‘more than enough’, a God of absolute plenty and abundance. There is always more.
So what does that mean for us now? 2 things I want you to take away:
1) the bible tells us we carry the spirit of God within us – God multiplied, spiritually, though us. There is enough of him for everyone. And not just enough but an abundance, including the leftovers if you like.
2) whatever we bring, he can multiply.
If we bring a mustard seed of faith, he grows it; if we bring weakness he makes us strong; if we bring a talent, he increases it; if we bring time as I have seen for myself, he makes us more efficient (WAY more efficient!)
So today, I encourage you to just give to God what you have, however little or large, and ask him to multiply it.
Let’s believe in a God of abundance!
Amen.
feeding of the five thousandJohn 6preachingsermonshort sermonVicar School
0 Comments
By Jules 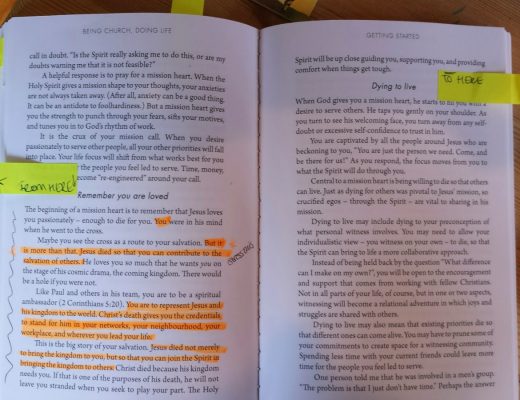 In defence of the church – a response to Simon Jenkins…