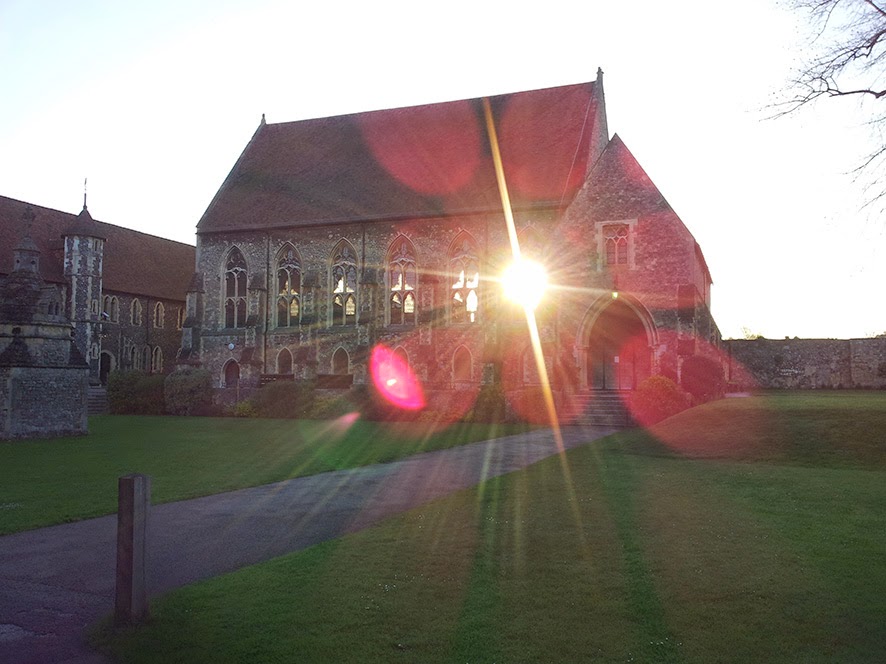 So just before Easter I spent a week in Canterbury as part of my course. We stayed in the beautiful Kings School and worshipped each day in the Cathedral crypt (not as chilling as it sounds!).

It’s fair to say I had not been looking forward to this week away, after all it’s an entire week away from the family and I had never been away from the kids that long before. I had a lot of work to do in advance, plus prepping everything at home so that all would run smoothly while I was away and to cap it all off, it was the school hols so I’d be missing out on fun with the kids. However I tried to go with an open mind rather that just dreading the whole thing and actually I was pleasantly surprised and would probably even say that I think I enjoyed the week. It was tough, long hours of study, not much time to oneself and up at the crack of dawn for worship each day, but there were positives too! People keep asking me if I had a good week away and it’s hard to know what to say, I think I’m still processing it to be honest. There were lows and highs that’s for sure. A definite high was being able to spend more time with others on my course. As the course has so many different aspects to it we are rarely all gathered, but here we were all stuck in together for a week. You can’t help but get to know people when you are with them 24/7! Nothing like bumping into someone in your PJ’s with crazy bed hair, for breaking down barriers… Before I went I had just read the ‘Moment Maker‘ book (see previous post!) and so I thought what an opportunity to take the moment and get to know people better and it was amazing to hear other peoples stories of how Jesus has impacted their lives. Made me realise how similar we all are, despite obvious differences and different styles of churchmanship. Definite low point was mid week, missing everyone at home, feeling exhausted and supping wine from this mug, by myself in my room! #classy (by the way it says Pugs – as in pug dogs – my husband thought it implied something else..)

I’m not sure if this is a low point or a high point, but in one afternoon bible study towards the end of the week a friend played a Matt Redman song (a modern Christian worship leader) at which two of us burst into tears, realising we had really missed being able to worship freely. I went back to my room plugged in my iPod and blasted myself with modern worship songs, singing away to my hearts content, not caring if anyone heard (if they did they were to polite to comment!)

The teaching was great, although we clearly all struggled with the long hours (including the tutors!) There was one afternoon when a sort of game started, seeing who was going to nod off first. Slightly awkward moment for me, when we were given a 2 minute break in one class, so I ran out to get some tea as I literally could not keep my eyes open and was telling my friend this just as the tutor walked past… Although we did then move the class outside (a la Dead Poets Society) for some fresh air! And I am pretty sure God was having a joke at my expense when I discovered the name of  my room: ‘Cranmer’ (see previous post!)

The week ended with cocktails and singing on the Friday night (definite high!) and then the last talk was on Zombies (yes actually on Zombies, not a metaphor) #random

To be honest it was great to get home, but I think overall it was a good week and I certainly won’t be dreading it so much next year!

Have I found what I am looking for…?

I love the Church of England !