So, in continuation of my avoidance of addressing ‘how I’m actually feeling’ I’m catching up on some posts I’ve been wanting to write for a while.

As part of my course we get sent on a church placement and then write an assessed portfolio, which includes various elements. One of these is an essay, which by some random twist I ended up writing on liturgy. This was a surprise to me, a raving charismatic, but throughout my placement I found myself fascinated by formal liturgy and actually chose to write about it (yeah I know, I was as shocked as everyone else…). Anyway, the essay itself looked at how charismatic worship and formal liturgy mirror each other, but I could have written several different essays as I found myself drawn into many themes. So I’m going to do a few posts on the subject. The first is based on the essay itself (which hasn’t been marked yet so who knows if it’s a load of old tosh). Then I am also going to look at praying in tongues and liturgy; and finally, what might be missing from a church that does not use formal liturgy…

So, this fascination with liturgy all started with something my placement supervisor said:

where there is a thick curtain between heaven and earth

our role is to remove that to peer in…

He comes from a different style of churchmanship to myself and yet I really loved this line, I could agree with him on it. Whilst ‘divine worship’ (as opposed to worshipping possessions money, fame etc) is maybe waning in popularity in the UK, research shows that many people are still seeking the spiritual and mysterious (See Mobsby’s book below). So both within and outside the church, as ministers, we have to find ways to enable people to encounter God, or as he put it, to peer into heaven and encounter God for themselves. It’s not a new idea of course, even Archbishop Cranmer recognised it, with his view of the ‘spiritual presence’ of God in the Eucharist underpinning his remodelling of the prayer book. There is more to liturgy than just the Eucharist of course, but that’s what I focussed on in my essay as it formed a common point between informal charismatic worship and more formal liturgy for me to write on.

Just as the Christian life is a journey, the Eucharistic service is itself a journey, one that is repeated regularly. As, throughout life, Christians aim to become more Christlike and leave behind the sin and baggage, so each service enables a smaller ritual version of this. And it requires a journey. A journey from our seat, from our own state of mind – towards God, and to encounter him whether through the Eucharist itself or throughout the service. In a more charismatic environment, this journey may be less formal, perhaps more noisy or messy, even allowing the encounter at a different point, but the destination is the same: to encounter God.

And it’s actually amazing how similar the journeys are in different styles of worship. The journey to encounter begins gathered together, preparing one’s heart for worship. In the liturgical approach (according to the patterns of Common Worship in the CofE) this journey is divided into sections: Gathering, Liturgy of the Word, Liturgy of the Sacrament and Dismissal; each one with it’s own elements. It is often assumed that in more charismatic worship these elements are thrown out the window, but in many cases the format itself is surprisingly similar.

For example, hymns and songs in worship were originally used to share doctrinal statements and biblical truths in gathered worship. Now, as liturgical prayers take the worshipper on a journey largely in word format, much of the role of the formal liturgy in the charismatic church is now taken by music, with perhaps the most well known part of a charismatic service being a block of songs sung together. They are usually sung in a flowing order that takes the worshipper from a place of approaching God, through to a closer more intimate place. In some cases specific prayers are replaced with songs in charismatic worship like Hillsong’s version of The Apostles Creed or Matt Redman’s ‘Benediction’ which takes the words from Numbers 6 Priestly blessing and puts them to music. In fact just as much of our liturgy is based on scripture, so in fact are many modern worship songs.

This idea of journey also varies as we move at different speeds through the service, but even the words of one song can act as a prayer to take us as worshippers from one place to another, like a formal confession might do. Some think (as I have written about before) that the familiarity of words in formal liturgy enables the congregation to engage with worship more readily as they join with the familiar, regardless of their own condition, but this is equally so in the charismatic as this an be played out through the singing of songs that are familiar and sometimes repetitive.

I’m focussing a lot on the music I know, but I really feel it mirrors the role of formal spoken liturgy. In fact as I’ve also been thinking about sacraments, I find it really interesting that Bono has talked, possibly controversially, of music as a Sacrament. Perhaps that is for another post but bearing in mind that in more formal worship the encounter with God is often at the point of the Eucharist (a sacrament) it is too much to ignore! For some the action of receiving communion is an encounter in itself, whilst for others it is something more individual: a sense, a feeling, a prayer.

This post is I recognise in a different tone to my usual style, coming as it does from academic study, so perhaps it’s time to close and leave you with something to think about. So let me leave you with this thought from Nick Drake who suggests that modern (musical) worship leaders could be ‘the new liturgists’. If this is the case, are worship leaders also the new ministers? Are they leading the church in a liturgical way? Should they be recognised, ordained even? Just something to ponder on…

This is clearly a blog post and not an academic piece so I haven’t included references, but here are some of my sources (below) which I would thoroughly recommend and I’m more than happy to share the original essay with citations, if anyone is remotely interested. Just drop me a message with your email address.

Mobsby, I. (2006) Emerging and Fresh Expressions of Church, How are They Authentically Church and Anglican? London : Moot Community Publishing

The Kings Church (2015) Songs in the Night Conversation 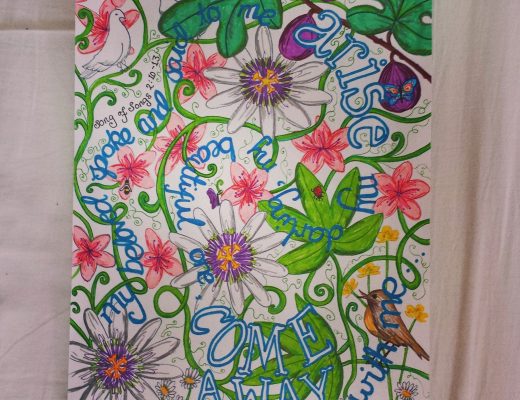