Thanks to a possibly, slightly heated debate, with my brother I have been looking into evolution and what the standard Christian response to it is. Sadly there seems to be no standard! Even within the church there is a division over who is right and who is wrong. If even the bishops and top scientists can’t agree, what chance do I have? I, possibly rather naively, assumed that the biblical account of the 6 day creation is the truth. Ok so some of the bible is symbolic, Jesus taught in parables but really is creation another example of that?
I don’t know, but either way I didn’t have the knowledge to debunk my brothers theories, hence the research now. What I have discovered, even just in a few hours online is that actually Darwins originally theory is way out of date (not surprising seeing as he wrote it some 150years ago). Even renowned scientists have agreed that many parts of his theory are flawed (and ‘theory’ should be the key word here). Yet it is in many places still expostulated as ‘gospel’ (‘scuse the pun).
Of course I have come across Richard Dawkins theories too and although I have to be honest and say I have never read one of his books, I have only read articles and theories posted by him, but he does seem to be, frankly, a total prat, who only succeeds in getting his point heard by shouting over everyone else. This is the thing with some scientists and those who find it easy to retain a lot of information, they think they have all the answers and are so smug about it, when in reality all they are doing is fooling themselves. Although I like to think of myself as an intelligent woman, I know I would be no match for Dawkins. Does that make me wrong and him right? No! It just means he is a better communicator and can recall stuff from his brain easily (not something I can do – I always did better in coursework than exams!)

But anyway, back to the point, I’d love to hear other peoples theories on creationism vs evolution, or some recommended reading, to help me out in my research!
thanks 🙂 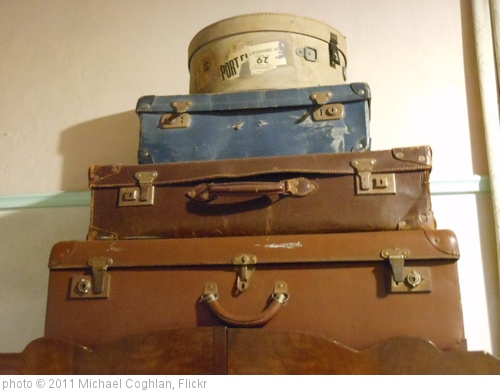 The power of prayer…