At the risk of shouting into the void, and possibly inviting unwanted comment, here’s what I think about ‘that’ Giles Fraser piece…

This afternoon Revd Dr Giles Fraser got himself into hot water again when he published an article entitled: ‘Why won’t Remainers talk about family? Our social care crisis is a crisis of family and community life’ via Unherd. The Twitter backlash has been particularly brutal with an edge of dark humour, with even Stephen Fry responding:‘What have you BECOME, Giles Fraser? Have a word with yourself, take some deep breaths. Go for a walk. Knit. Try a crossword. Bake a cake’ and more than one person likening him to  a clerical version of Katie Hopkins.

I rarely agree with Giles Fraser but I don’t usually feel so inspired as to tap away at a furious response to his latest opinion piece, however this time I couldn’t resist. Perhaps it was that this particular article was so short sighted, or maybe it was the rather anti-women angle, or the general misleading nature, or perhaps that his follow up tweet seemed to suggest, with a rather arrogant attempt at humour, that it was all taken the wrong way:

‘it does no good to say “I didn’t say that at all” when a gleeful mob is after you. Just pour a glass of red and tomorrow is another day.’

As a journalist who has written extensively with more than one high street newspaper, I’m pretty sure he knows how to put a clear argument across. If it was taken the wrong way then perhaps the author should take a bit more care over his writing.

This article accompanying that headline suggests there are currently 100,000 unfilled posts in the care of the elderly sector, and that in recent years the number of European nationals employed in social care grew by 68%, the total now around 100,000 EU workers.

If as Fraser suggests, family should bear the burden of supporting their own elderly, does he seriously think that come March 29th, these 100,000 positions will miraculously be taken up by family (that’s where family are existent of course) and that they will drop everything with immediate effect to wipe their own parents bottoms?

If Fraser had bothered to look at statistics from charities like Carers UK  he’d see that already there are already huge numbers of people caring for family members in the UK. In fact research released by Carers UK earlier this month shows that 2.6 million people have quit their job to care for a loved one who is older, disabled or seriously ill, with nearly half a million (468,000) leaving their job in the last two years alone to do so – that’s more than 600 people a day and 1 in 7 of the UK workforce.

Far from the middle class concern as Fraser seems to suggest this is, with his snide comment about ‘the help’, his view seems based on the premise that the remain crew are all about helping the rich.

Further, his comments around social mobility and young people seeking to get out of their community as some kind of manifesto for the ‘bright working-class children to leave their communities to become rootless Rōnin, loyal to nothing but the capitalist dream of individual acquisition and self-advancement’ is frankly offensive to those thousands of young people who are forced to leave their own communities every year because they simply cannot afford to stay.

Fraser’s piece also has a distinctly anti-feminist tone to it. He criticises Luciana Berger’s piece in the Independent for not mentioning family whilst he himself fails to point out the cost of caring for family largely falls to women. Carers UK cite that a recent survey showed 78% of carers are female. In fact the strapline to Bergers piece notes:

There will be fewer workers in the social care sector five years after leaving the EU, costing women over £315m a year in lost earnings as they are forced to give up work to fill this gap

I could be generous and suggest that it was coincidence that the story Fraser told of his GP pal had the GP as a man and the concerned child as a daughter. But then he didn’t need to highlight the daughter of the elderly gentleman as the one that should be wiping his bottom, he could have said his family…

It’s all very well complaining at Berger’s use of the comparison with loss of earnings, but again it is women who will bear the brunt of loss of earnings, which was rather her point as she noted that the Dept of Heath warned that the need for more carers ‘could have a knock-on effect on women’s participation in the workforce as they move out of paid employment to take on informal care roles. The result of this would be thousands of hours’ worth of lost earnings, mainly for women.’

Tucked in the middle of all his posturing is a nugget of truth, the need for relationship, shared identity and community and that ‘no amount of economic growth is worth sacrificing all this for’. Coupled with the picture Fraser paints of a society of family of all ages mixing together, happy and buzzing, it is a potentially beautiful one but sadly his own poor research, arrogance, callousness and political gesturing undermines it completely.

care for the elderlyGiles Fraser
2 Comments
By Jules 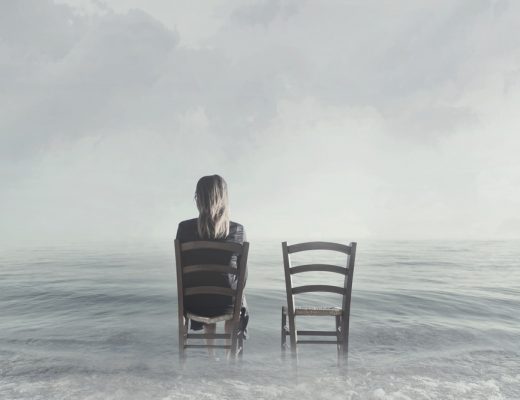