At my bible group one of the leaders asked us all to do a personality test. They are changing the group around a bit and I think the idea is to be a conversation point. I was my usual skeptical self 😉 but I did fill it in. It’s a bit like the Myers Briggs (and similar) tests. Funnily enough I have managed to get to the ripe old age of 36 without actually doing one of these before, so I was interested to see the results. And I was quite surprised to find that some of the answers were quite tricky to pin down.

The test had a series of boxes, with various phrases in each eg:
Gentle, Kindly
Persuasive, convinces others
Humble, reserved, modest
original, inventive, individualistic

In each one you had to chose which line was most and which was least like you. If it was picking one word it would have been easier, but sometimes the phrases didn’t match up, so one word was very like me and then other not at all. Anyway, fill it in I did and I got back the results a few weeks back. We then dicsussed the system at group this week. I was frankly, quite amazed to find that the survey had me to a T, even the negative stuff I could recognise as being unfortunately correct!

So according to the oracle of ‘The Personality System’ test I am an ‘Attainer (achiever, one who perseveres)’. hmmm… Part of the summary says this:
‘Individuals who are attainers exhibit an objective and analytical style. They can be fiercely independent, but also enjoy working as part of a team. Attainers derive their motivation from internal rather than external sources; typically from personal goals and an inner drive to complete a task and be considered ‘righteous’ or ‘a winner’. Their task focus may overide consideration for others, causing them to appear uncaring and distant…Their calm and steady character makes them a good leader, and gives them the ability to ‘plan their work and work their plan’….‘

Have to say, it is pretty spot on, even the ‘uncaring and distant’ bit sadly – must work on that. I’m not convinced about being a ‘good’ leader but I do like to be in control and take the lead (part of my downfall sometimes!)
When we went through the system at the group this week it was interesting to hear the group leader talk about how it works. Your answers effectively have scores and these are then plotted on a graph in various columns which are then translated into letter headings. Mine was S/D. S stands for Stable/Steady and D for Dominant/Driver. The group leader mentioned more than once that you don’t often find Christians with a ‘D’, because, well, the implication was that Christians are peaceful, loving people, not dominant independant types… I chuckled to myself…

These are some of the D words: Demanding, determined, pioneering, skeptical, decisive, competitive. The S however was much more positive: loyal, relaxed, co-operative, consitent, deliberate and so on The only words I didn’t really agree with were: patient (I am deifnitely not..) and passive (again, really dont think this is me!).
So someone in the group piped up, ‘well if there were a Christian who came out as a D what kind of role would they have?’… I bet you can guess the answer already… ‘Probably leading a big evangelical church…’ (cue face falling from me…) And whats more my friend sat next to me just pointed at me and said ‘Vicar’….
It’s ok God I have got the message now… 😉
What I thought was very funny was some of the possible weaknesses flagged up by the test. They were:
Oversteps authority (who me…?)
Argumentative attitude (hmm…)
and: attempts too much at once
sound familiar to anyone else?! I laughed at the authority bit – I have never been good with rules, I just want to break them. Gosh, I can’t even handle centerparcs (where we are off to next week, oh joy) because I feel hemmed in by the boundaries – it’s like you can’t escape!!

Interestingly this test also gives you biblical examples of similar people in scripture. Apparently other attainers are: Daniel, Job and Martha. great. Rather hoping I don’t have boils and the lions den to look forward to.. Actually it is quite interesting as we are studying Daniel at church at the mo, so I was able to really delve into this. I like the line in the summary:
‘Daniel challenges ‘attainers’ to stand up for what is right, and to determine to use their commitment to high standards as a positive infuence on those around them.’

So there you have it. I am a dominant yet stable person, or a steady driver, who won’t adhere to rules… thats all you need to know 😉 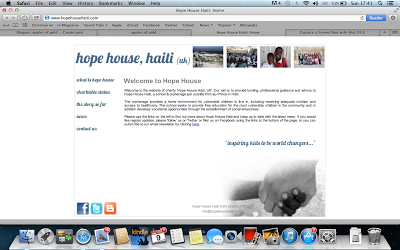 taking a break and seeing the Bish