Is there such a thing as a Christian Practice of Internet Use?

Posted on May 14, 2015
So I posted recently and tweeted rather a lot about my latest essay for #VicarSchool entitled: Outline and Argue theologically for a Christian Practice of:
Internet Use. I promised to share some of those thoughts online, so here’s some of them. Bit long for a blog post but hey it was a 2,500 word essay! There was so much I could have written but the essay was about Christian Practice, so that’s my focus, plus I focussed largely on Social Media but maybe I’ll write more on other areas another time! And if you really want to read the full thing let me know and I’ll send it over.I’m so grateful to everyone who responded to my questions – whether I’ve quoted you or not, you helped me shape this essay, so thank you!

For info I’ve not cited all the books and stuff that I referenced in the essay as this is a blog post, but there is a list of some recommended books at the bottom and if you want to know where I got anything from then do let me know…

So, what  earth is a ‘Christian Practice’? Well, I started with this quote: I love this quote, because I mean what even is a ‘Christian Practice’?! Choosing which is our own preferred
interpretation could be a practice in itself! My view is that Christian
practices are less about doctrine (boooorinnnng…) and more about actually seeking God for ourselves. So in a way a practice should be a bit softer round the edges, or less definite than doctrine. It’s not black
and white words on a page, but more
encounter with God. It’s almost as if we are building something where, if
the doctrine is the foundation or the structure, the practices then enable us
to fill the space and to decorate even!I like that Dykstra talks about a practice being communal and prayer is a good example of that, because even when we pray alone, our prayers join with countless
others around the world, rising together before God. Prayer is
something that should permeate our lives, not be something that
happens once a day or twice a week, or whenever we feel the need, it is as
fundamental to our lives as breathing, without it we would wither and die
spiritually.

Right so now we have that sorted, what about using the internet?

Use of the internet has rapidly become an integral part
of 21st Century life. Of course there is a choice not to use it, but
I would suggest that like prayer, without it life becomes less full, it withers, it becomes
difficult to live, it is, I think, perhaps controversially: like a life
half-lived.

So then, use of the internet for Christians as a ‘practice’ should be an
extension of a faith-filled life. We should seek to
find God within it, to allow his presence to be apparent within it and for it to
be a place where God is experienced and made more fully known to us.

So, Social Media then… I couldn’t find statistics for Christian use of social media (any ideas anyone?), but even if it
were a very small percentage of these figures above, it would still mean a huge number
across the entire world. I wanted to look at this in more detail and as you probably know I posted here and on Twitter, asking people used their social media as Christians.

There were some key areas that people talked about including a sense of community, being part of something bigger and being supported and encouraged online, especially those for whom physical community is difficult, perhaps thorough disability.

Of course the idea of community makes sense, as humans
we were created to live in relationship with others, as we see in the creation of
humans in Genesis – and we seek to be part of something throughout our lives. Internet use is by it’s very nature relational and
communal, as I discussed earlier with the example of prayer, millions of people
taking part in something at the same time.

I loved this from @thehippypenguin said:

it’s connected me with a lot of like minded people I
otherwise wouldn’t have interacted with.

‪ I’ve seen people offer prayers, support me in faith
stuff, talk about the big issues. All with a godly focus. Like a church almost

And I also love that people really felt God’s presence using the internet. This is a key point, that spiritual growth can indeed be achieved through internet use. After all, God has used some rather varied means to reach out to human kind, including a burning bush, bright star, a rainbow and even a talking donkey, so why not the internet too?! The responses ranged from seeing him through the words or responses of others, to a more active and personal answer to prayer. ‏‪@CatDeBie  felt that she was constantly reminded of God’s presence through following other Christians on Twitter and ‏‪@NoNonperson suggested that she felt God’s presence more in online interaction that at church.
@giles_morrison said this:

Difficult. I find my compassion challenged, there’s more to despair of in creation and I’m unequal to the prayer challenge.

might be tiny fraction of looking into the heart of God. I’ve become more reliant on prayer by the Spirit. I don’t have the words

What a wonderful idea, that he might be experiencing a tiny fraction of God’s heart by simply using the internet, I love that! But indeed this is something that came across in several responses and one I can relate to as I have felt God’s presence online on numerous occasions, and sometimes very personally. Read my owl story for example, if you haven’t already…
..oo0O0oo..
All of this though, does require a definite choice to participate, which could be in actively choosing to follow or like other Christians on social media but also in engaging with the platform, posting prayer requests, responding to others or seeking out spiritual advice.So a Christian practice of internet use is communal both in a
passive sense – by being part of something bigger, but also in an active sense
– in actually receiving from God through others, by being online.
And experience is great, but that’s just a part
of a Christian Practice, being shaped and formed as a result is also vital. Pam Smith mentions this in her fab book ‘Online Mission & Ministry‘ as she talks about how using the internet has been key in her formation both as a
Christian and as a minister. She highlights the importance of Christians
sharing thoughts and ideas online in order to explore faith. Likewise, Romans
2 tells us we should be transformed by the renewing of our minds, in order to
know more of God, therefore in any Christian Practice we must allow ourselves
to be formed and changed, through God, by being online. This passage also tells
us not to conform to the pattern of this world, so we must also be aware of how
we use the internet so that we are there with a Christian presence and not one of
this world.

One of my fave people right now is Pope Francis (@pontifex). On
the World Day of Communications last year, he said felt the internet was a
gift from God, when referring to its benefits and possibilities! He asked also:

How, then, can communication be at the service of an authentic culture
of encounter? What does it mean for us, as disciples of the Lord, to encounter
others in the light of the Gospel?

What indeed? Something to ponder further I think…

As I look
back to Dykstra’s definition then, I see a
Christian practice of internet use that embraces communal action in which God
is made known. A practice that, in a 21st Century way, has a ‘virtual’
monastic air to it, where prayer punctuates the day as internet use does for
the modern Christian. Social media statistics show
that a large portion of users access their accounts several times each day and
often at the same time each day. In this way if the Christian
internet user does so with God as his focus, he is continuing the tradition of
thousands of years of believers seeking God several times each day. The monastery
is virtual, the community is online and the prayers and praises typed, but
together they provide a constant chain of prayer, praise and thought toward
heaven.
Want to think about this more? then try these…Aquinas on theWeb?: Doing Theology in an Internet Age – J Bennet
Reach: How to Use Your Socialmedia Influence for the Glory of God (kindle Edition) by L. Krokos & A. Pratt
Online Mission & Ministry – Pam Smith
Christian PracticesChristians using the internetVicar School
3 Comments
By Jules 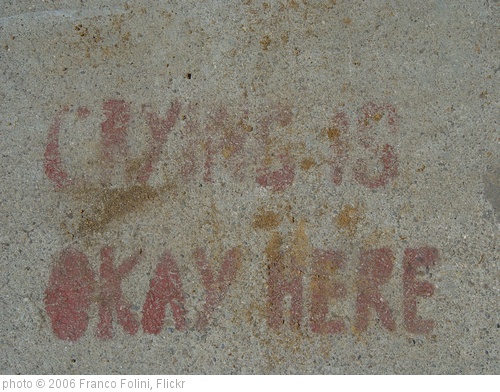