Preach // Acts 9:32-43 The Ordinary and the Extraordinary // Healing Service

So today I thought we’d look at a story of someone else doing some healing. When we read healing stories we usually turn to those of Jesus so it is good to sometimes look at others who God works through.

Because of course that is what God does today, he works through us. We are, we often say, his hands and his feet. And sometimes I think we forget that – as Christians we are all actually representatives here on earth of who Godis, not just those of us who stand out here (and to be honest you are often a better example of who he is – than us – well I speak for myself!)

So here we have Peter.

We nowknow Peter as the founder, if you like, of the church. The rock on which Jesus said he would build his church. BUT he wasn’t always like that, in fact I’d say he was just an ordinary man who was inspired by Jesus. A fisherman, who along with his brother, was one of the first disciples.

Just an ordinary guy who encountered Jesus and decided to follow him.

And whilst we know that Peter spent a lot of time with Jesus, saw first hand the miracles, the signs and wonders, and learned direct from Jesus himself, he stillmade mistakes.

On the night Jesus died he went off to pray and asked Peter (and James & John) to stay awake with him and what do they do?! promptly fell asleep. 3 times!

And then we know that Peter even denies knowing Jesus. Also 3 times.

When it came to the test, he messed up. He’s just an ordinary guy, like us. Even though we know and love Jesus we mess up too.

BUT – always a but isn’t there…

Later on we read how Jesus restores Peter, and we can read in John 21 where Jesus asks him three times, do you love me? Three times Peter says yes and three times Jesus says ‘feed my sheep’, restoring him, giving him a plan and a purpose

And he does that same restoration work in us too. Whenwesay yes to Jesus, he comes into our hearts, into our lives and gives usa plan and a purpose, even when we mess up.

Jesus declared his plan for Peter over him long before Peter denied him, even though he knew what Peter would do, he still said (Matt 16:18…)

And yet Peter was just an ordinary guy.

God takes the weak, the broken, the mistakes and the ordinary, and transforms them, us, into the compassionate, into vessels of his love, into the EXTRAordinary. He transforms us and equips us.

We see with Peter that he goes on to perform miracles and healings in Jesus’ name, in fact he is so filled with the Holy Spirit that we read in Acts 5 that even Peter’s shadow might have healed people.

And there is no reason that we as ‘ordinary people’ can’t do the same.

I want us to take a few minutes to look at Peter healing in this passage, what can we learn from him? How we can wedo the extraordinary in Jesus name, even as ordinary people? Because Peter actually doesn’t do anything extraordinary. He doesn’t have to use long prayers or special words, he doesn’t have a prop – like Moses staff; or a big entourage, in order to heal, it’s just him, and Jesus within him.

So I think there are 4 things we should take note of:

Firstly Peter knows the power of Jesus name. he knows none of what he is doing is about his power or his strength, it’s about Jesus.

When he prays for Aeneas, as we heard in v34:

Peter said to him, “Aeneas, Jesus Christ heals you;get up and make your bed!” And immediately he got up.

When wepray for healing it is in the power of Jesus Christ that we all have within us,all of us.And we pray in that authority, as ordinary people but with the power of an extraordinary God. That same power we read about in the bible, So we don’t have to worry about ourselves, our ordinariness, simply that we have Jesus and he is the one with the power and the extraordinary.

Secondly we see Peter’s faith. It’sinteresting I think that in these two healings we see different circumstances. In the first, in Lydda, he is surroundedby believers, by the saints , v32 reads:

Now as Peter went here and there among all the believers,he came down also to the saints living in Lydda

He is surrounded by those who believe, and he simply prays a healing prayer…

But in Joppa we read that as he saw the dead woman:

All the widows stood beside him, weeping and showing tunics and other clothing that Dorcas had made while she was with them.

There he was surrounded by those full of grief and sadness, reflecting on what the dead woman had done in the past, not an air of faith and belief.

And what did Peter do here?

Peter put all of them outside, and then he knelt down and prayed

So he made his own atmosphere of faith by removing those focussed on the negative from the situation, and he prayed. He knew he had the faith for this because he knew the power of Jesus.

And thirdly when he prays it isn’t lengthy, theological statements, going into detail of the condition or exactly what needed to happen. Sometimes we might feel it is right to do that and that’s ok, but it doesn’t have to always be like that, sometimes it can be short and simple as Peter prays here.

Don’t worry about what you might need to say if you are praying for healing, just do it!

“Aeneas, Jesus Christ heals you; get up and make your bed!”

He turned to the body and said, “Tabitha, get up.”

How easy is that?! Any one of us can do that surely!

Prayer for healing can be about so much more than the healing itself.

The power of the Holy spirit at work in healing doesn’t just stop there. We see with Aeneas and Dorcas how others are impacted by their healings too.

And all the residents of Lydda and Sharon saw him and turned to the Lord.

Then calling the saints and widows, he showed her to be alive. 42 This became known throughout Joppa, and many believed in the Lord. 43

In both cases, the news spread, and people turned to the Lord, they believed on the evidence of the Holy spirit at work.

We should talk about what Jesus has done in our lives, that’s why we love sharing testimony here, it’s so encouraging and uplifting and inspiring for us to hear, it raises faith in what Jesus can do – if he has done it for one person then why not for us, or for our family or our friend?  And as we hear in this passage, people became Christians because of hearing someones’s testimony.

so let’s talk about what God is doing, yes!?

We are all ordinary people but we believe in an extraordinary God. A God who can do crazy powerful miraculous things like healing, and he can do those extraordinary things through us, if we just let him. I don’t know why you are here today, it might be because you need healing, it might be because you came to worship, or maybe you came to pray, maybe a friend brought you. Whatever the reason, I want to encourage you today to believe that Jesus can do the extraordinary

through and in you… 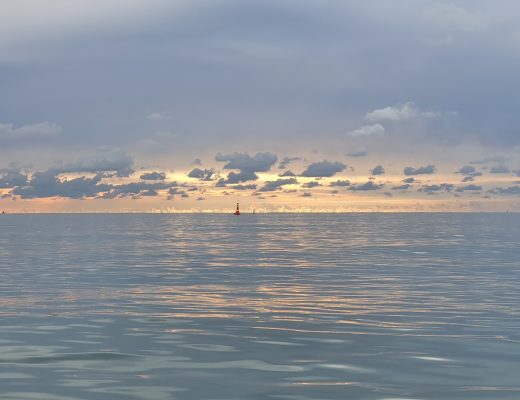 On being spiritually resilient when the sh*t hits the fan 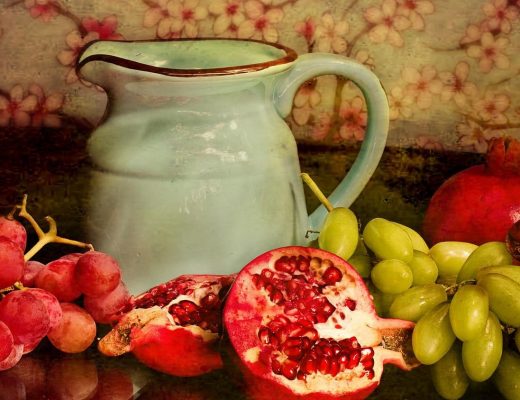 Fruit of the Spirit – Sermon