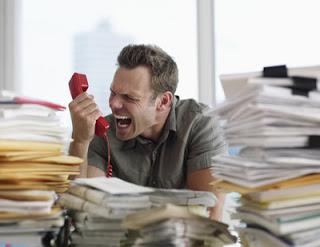 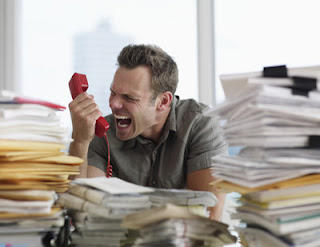 Is righteous anger really righteous? Some Christians seem to think that calling anger ‘righteous’ is a good enough reason to make anger ok, when really it is a big fat excuse so that they can vent their frustrations. It’s something that really irritates me, people bandy around the phrase as if it’s a God given right for them to get cross. Well, it’s not. I am not sure we should even use the term at all. I mean when we use the word ‘anger’ or angry we usually mean something that has got up our own nose, someone has done something against us, we have been charged the wrong amount on our phone bill, our children left their towels on the bathroom floor. again. When we talk of righteous anger, it’s all of the above but it’s just that we think we are right. So then it’s ok to be angry. Isn’t it?

So what is ‘righteous anger’? if there is such a thing? I mean God gets pretty angry in the Old Testament sometimes, that’s true, usually because His people are ignoring Him or worshipping idols. But in the same Old Testament whenever it talks of being ‘righteous’ it is usually referring to someone who is spotless, a faithful follower of God, or ‘blameless’ even as The Word says of Noah. The Dictionary says:
Righteous: morally right, virtuous, law-abiding

I think we need to be very careful before we start saying, ‘that’s ok it’s righteous anger, that’s allowed’. The bible teaches us to think of others, to turn the other cheek and to love our enemies. It does not say that it’s ok to be angry when we feel we are in the right. Isn’t it God’s place to be angry for us?  In a time of prayer a few weeks back along with 2 others we were praying for a friend who is suffering greatly at the moment, and has had some pretty awful stuff happen to them. As I was praying I felt a great anger rise up within me, I wanted to shout out loud, it was like I was shouting in my head in all the anger. It was very strange. In discusssion aftewards one of the others had been feeling the same, it was rather like God was showing us His anger at the situation, that he didn’t want this person to be suffering either, that He was angry at the way this person had been treated.

The bible does talk of pepole other than God being angry, even Jesus gets cross with the Pharisees, and usually this is when people are acting against Gods will or in reaction to sinful situations. This strikes me as the true meaning of Righteous anger.

Paul says in Ephesians: In your anger do not sin (4:26) and I think that’s key, that when we feel fired up about someting, it doesn’t have to be wrong, to be angry per se, but that whilst being angry we should not sin. and that is, frankly, damn near impossible. For most of us we get angry or riled by something and then we rally against it. We shout, we curse that person or thing (if not openly, most of us do it in our heads), we react against it before we have time to think. It is those situations that we console ourselves with the fact that it is righteous anger, so it’s ok to be angry.

This, from James, sums it up for me. I don’t think that we, as humans, can be righteously angry because we can never be truly righteous, can we?My dear brothers and sisters, take note of this: Everyone should be quick to listen, slow to speak and slow to become angry, because human anger does not produce the righteousness that God desires. James 1: 19-20

Comments on being a Vicars spouse

Waiting here for you…