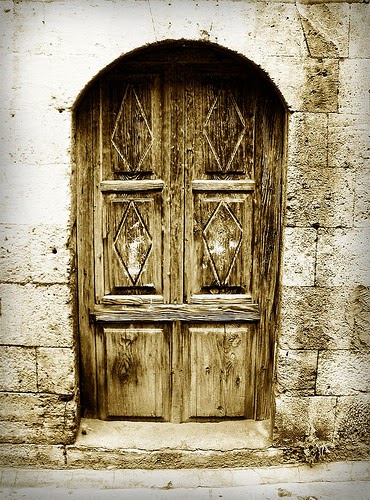 Someone wise once said to me ‘don’t go into the Church of England trying to save it, because you will die trying’. At the time I was quite taken aback as actually I think that is part of my calling, well, not to save the CofE single handedly of course, but certainly to make a difference, to be part of the future, to definitely see change happen. Not just for the sake of change, but in order to see the church grow into the future rather than wither away. Every now and then when I get really wound up by the CofE (which let’s face it for those of us working in it can be a regular occurrence) I remember that phrase and I remember how it made me feel: it made me think ‘well so be it, that’s no reason not to try’. (And I should say it is not my life’s work to save the CofE, my life’s work is to tell people about Jesus).

Over the last few decades (well probably longer) there has been continual talk of the decline of the Church. Every now and then it wanes a bit and then it builds up again, usually based on someone, somewhere mouthing off about the church. Either way, it is true, the CofE as we know it, is in decline and if we want to see it in our future then we need to act. This is not a surprise of course, people have been saying it for years, but in recent times the pressure has certainly been on.

Right now there is a lot of hope in the CofE. Certainly the appointment of Justin Welby as Archbishop of Canterbury has pleased many both in and outside the church. There are lots of exciting things going on and people in high places talking of the future. However… in the last 20 years or so there has been a lot of talk, but not enough action, and not enough money put where the mouth is. And there has been a lot of people sticking their heads in the sand. There have been some fantastic ideas but no backing. Pioneer Ministry is a prime example – fantastic idea, training people to actively get out there and do new things, thinking of new forms of church – exactly what we need if we want to survive – and yet there are not enough funded places for Pioneer Ministers, hardly any in fact.

Of course it is not just about pioneering new things, a recent (and excellent) report, ‘From Anecdote to Evidence‘ highlighted the fact that growing churches are not necessarily new ones, although they did feature a lot, but they are places that are committed to what they do and know exactly what their style is.

“Bishop Julian is right to focus on the young, but the real job is to convince churches that they seriously need to take a long hard look at what church is and should be. Unless a church fully understands the need for mission to be part of its culture and is actually willing to do something about it, then the battle has already been lost.”

He also goes on to talk about how obsessed we are with Sunday services and how we need to get beyond that. It is an excellent post so do go over and read it.

I really hope that this increase of talk about the future is the start of something new and not just talk. We have seen enough of that with not enough action. The danger is though, that we are essentially still a democratic church. We saw with the vote for women Bishops, that initially it was scuppered by the ‘lay’ vote – i.e: the people in the pews. The media speculated with “quotes” from Justin Welby apparently saying if need be he would force it through or even change the way Synod worked. Whether they were accurate or not remains to be seen but thankfully it wasn’t necessary and we are well on the way to seeing women in mitres in this country. But it does go to show that if we want to see change we need to get the wider congregation on side. I can think of countless conversations I’ve had with people frustrated by traditionalists digging in their heels and refusing to make change, even in some cases at the detriment or demise of their own churches.

And I would like to say, as I have said countless times before, I am not anti-tradition, in fact I’m all for difference, after all God made us all differently and it makes sense that we would meet with him or want to worship him in different ways. I’m not saying we need to turn every church into an all singing all dancing ‘show’, not at all. But we do need to be open to change, open to trying some different things to reach people who are not being reached.
Today on the way home from church I had to pop to the supermarket (Lord, forgive me!). As I drove in, I was amazed at how busy the car park was – busier than at any other time I have been in. Sunday morning and Tesco was heaving, all tills open, even the self serve checkouts (an invention I’m sure put into place to drive us all round the twist) had big queues. That says it all really. We are no longer a nation where Sundays are sacred. They are just another day. Tesco is more popular than church. So what does that tell us? Well it says to me that if we want to see people meeting Jesus, it we want to see the church continuing to play a part in our society, then we have to think differently about what that means. We cannot sit comfortably in our pews (or less comfortably on plastic stackable chairs) on a Sunday morning and be happy with what we are doing. We have to do something different…


As always, I’d love to know others thoughts so do comment below… 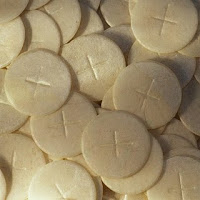 Mothering Sunday, the joy and the pain.