My husband tells me that he loves seeing me first thing in the morning, because my curly hair seems to take on a life of it’s own overnight, meaning that when I get up I pretty much look like I’ve stuck my finger in an electric socket. He says because I usually take time with my appearance and how I look, so he is the only one who gets to see me in this crazy unkempt state and he loves it. I, on the other hand, look in the mirror each morning and praise God for the gift of GHDs…

Self image, what we think of ourselves, how we style ourselves – it’s hard to imagine women 100 years ago worrying about this stuff but I’m sure they did, perhaps just to a lesser degree. Our generation, the technology brigade, means that our innermost fears about wrinkles and spots and crazy curly hair are exacerbated hugely. A while ago I was sat on the beach with my kids as I watched a young girl (I guess aged about 13) take an incessant number of selfies on her phone, all in the same place just shifting her gaze or her pose slightly each time, seeking out the perfect shot.

As a pretty gawky pre-teen I got used to seeing photos in which I looked, well gawky, but that was the era of film and you just got the pictures you got, the excitement being in heading off to Boots to pick them up a week after your holiday. A week? flippin’ heck how we’ve moved on… Of course that didn’t stop me becoming self-conscious, worried about how I looked, what I ate and so on, but as I look at Instagram now and see the selfies of friends teenage daughters it worries me so much. What message are we sending our kids? sending each other?

I’m writing this now because I woke up this morning and perusing my various feeds and timelines was struck by so many themes of ‘the self’. One magazine writer had written an article praising the selfie and had written from a ‘pseudo-feminist’ point of view to make it sound intelligent and wise – ‘girls, we have a responsibility, we are leaving behind a piece of history’ and all that… Frankly it was a load of bull… and made me rather cross. On another feed I saw a comment from someone declaring the oft used Christian phrase ‘less of me, more of you Lord’. Another thing that irks me slightly, you are who God made you, embrace it!

I write from the point of view of a woman, because well I am a woman, clearly I’ve no idea how men feel about this stuff but I’m sure for some it will be the same insecurities and anxieties. So women… what does the bible tell us about who we are? about who we should be? Is posting endless selfies a biblical crime? are we all becoming self-obsessed and less concerned with the world around us? Is technology the beginning of the end…? (ok perhaps slightly too far with that one). Well, let’s start at the beginning. At creation we read that humans are made ‘in the image of God’ (Gen 1:27) and take note, that’s male and female. God made us like him… is that something to pick at or to find the perfect angle for? Can’t really imagine Adam and Eve attempting to get a selfie with the apple tree and Adam just checking the positioning of his fig leaf to get the bet shot can we? Or perhaps we could, after all that would assume it was post apple-gate and therefore influenced by the enemy…

Ok so then how about this from Psalm 139:

For you created my inmost being;
you knit me together in my mother’s womb.
I praise you because I am fearfully and wonderfully made;
your works are wonderful,
I know that full well.
My frame was not hidden from you
when I was made in the secret place,
when I was woven together in the depths of the earth.
Your eyes saw my unformed body…

I am ‘fearfully and wonderfully’ made? what, me? me, with the crazy hair that I try and straighten out each day? This Psalm says ‘your works are wonderful’ and it’s not just talking about Mount Everest here, it means himself, the human body, so why can’t we declare that about ourselves each day? Look in the mirror and whisper sweetly to your reflection ‘I… am… wonderful….’ ?  no? well perhaps not, we’d all turn into narcissists pretty quickly. Ah but hang on isn’t that what the selfie generation is accused of? being too focussed in on themselves? The Psalmist isn’t admiring himself for the sake of it, he is admiring God within himself. Recognising the wonder of what God has made, and we can all join in that, right? the amazing power of the human body, we often say that when a baby is born – it’s the miracle of life.

So then. Should it be less of me, more of you Lord? I’m not so sure. We were made in the image of God. As Christians we carry God within us, so perhaps it should be ‘more of the me you have made me to be’? Of course we all get swayed by wordly influence and that’s why I get anxious about all those teenage selfies, ‘like for like’, ‘rate me’ and so on,  what kind of message are they giving each other, giving themselves? The reality is simply seeking an acceptance, an approval that yes, even as adults we seek too. I’m not averse to a selfie myself, and I too will carefully pick which one I post, but we should be so careful about accepting this and pretending it is a source of ‘girl power’.

So how about instead of seeking to be the perfect self that the world seeks, or that we seek of ourselves, how about we seek to selfie the God in our lives? Where is the glory of God in who he has made us to be? the beauty, the wonder? Let’s embrace who we are in God and who God is in us, that is definitely something to selfie…

I posted this, this week as a bit of a joke on Twitter, but here it is now as I give glory to God, my hair is totally crazy at times (especially when I’ve been laying in bed for weeks) but it’s how God made it (and yes I did take 4 and chose the best one…) 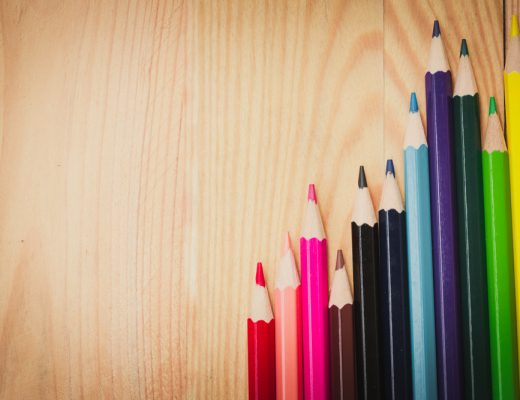