Yesterday I prayed in tongues for the first time. This was a bit of a surprise as I haven’t been ‘eagerly desiring the gift’ and to be totally honest I am a teensy bit skeptical about it. It seems to be a subject that really divides people. Those who do it are enthusiastic that others should too, that it brings one closer to God, for that ‘heart-heart’ connection. Those that don’t are often hugely skeptical, thinking it a lot of mumbo-jumbo.

Some months ago I did a bit of ‘research’ into it. The bible clearly talks about the discicples speaking in tongues in a few places.
Acts 2: 1-5
When the day of Pentecost came, they were all together in one place. Suddenly a sound like the blowing of a violent wind came from heaven and filled the whole house where they were sitting. They saw what seemed to be tongues of fire that separated and came to rest on each of them. All of them were filled with the Holy Spirit and began to speak in other tongues as the Spirit enabled them.
Now there were staying in Jerusalem God-fearing Jews from every nation under heaven. When they heard this sound, a crowd came together in bewilderment, because each one heard them speaking in his own language.

but it seems that here they weren’t doing it to talk to God but in order to spread the gospel to those whose language they didnt speak. Later Paul says in 1 Corinthians, something different, that we should desire the spiritual gifts but in this case, to speak to God. In 1 Cor 14:2

For anyone who speaks in a tongue does not speak to men but to God. Indeed, no one understands him; he utters mysteries with his spirit.

So is this one and the same thing? I have heard of pepole suddenly speaking in a new language (as in an actual language that they are not previously fluent in) and I have also experienced people praying in tongues, which mostly sounds like nonsense or possibly some sort of strange arabic dialect (not that I know what arabic sunds like of course…)
This passage bothers me too:

Now, brothers, if I come to you and speak in tongues, what good will I be to you, unless I bring you some revelation or knowledge or prophecy or word of instruction? Even in the case of lifeless things that make sounds, such as the flute or harp, how will anyone know what tune is being played unless there is a distinction in the notes? Again, if the trumpet does not sound a clear call, who will get ready for battle? So it is with you. Unless you speak intelligible words with your tongue, how will anyone know what you are saying? You will just be speaking into the air. Undoubtedly there are all sorts of languages in the world, yet none of them is without meaning. If then I do not grasp the meaning of what someone is saying, I am a foreigner to the speaker, and he is a foreigner to me. So it is with you. Since you are eager to have spiritual gifts, try to excel in gifts that build up the church. 1 Corinthians 14:6-12

It seems that there are 2 purposes for praying or speaking in tongues –
1. to speak directly to God, to express what words cannot express.
2. to speak to others, whether in their own language or with a translation.

With both of these one is completely reliant on God for the understanding.

In my limited research I watched a video of man being monitored whist praying in tongues. The scientist suggests that the speech part of his brain is inactive in the process. Now of course, this is a clip I found on google, so I dont hold it as any great evidence, but that did stick with me.
http://www.youtube.com/watch?v=NZbQBajYnEc

And I was very interester that the Pastor in question says that those with faith have nothing to fear dfrom science, infact that science validates faith…

Going back a few more months… very soon after our big renewal of faith I was praying silently to myself during a prayer meet (there were just 3 of us) when I had words come into my head. The first was Yeshua, which I half recognised, so didn’t think much about it, then the next one was ‘habibi’. This sounded like total nonsense so I ignored it all. but over the next few days it kept coming back to me. So eventually I stuck it in google and the translation came back straight away: ‘Jesus my beloved’ and it is arabic. Now I am sure I had never heard that phrase before, so my instant reaction was ‘wow’ ok, so that really was God. From that I felt encouraged and tried to allow more words to come but it wasn’t really happening and so I gave up.

fast forward back to the present… Last night I was at my prayer group and one of the girls asked which of us prayed in tongues. I was the only one who didn’t so she asked if she could pray for the gift to be released in me. So I thought, why not?! although still abit skeptical, so I just said to God, look if this is for me I want it to do your work, to get closer to you, not to be able to say in a room full of people, yeah I pray in tongues. Or pray it loudly at church…
So she prayed for me and then after they prayed for me about some other unrelated stuff, so whilst I sat quietly I prayed to myself and words just started coming. When they had all gone I prayed again in bed and the same thing. The weird thing is I was not in control, it was like I could hear myself, I could hear the sounds but I wasn’t chosing them. I have quite a visual mind, I guess because I am an artist that makes sense, and it was like I could see in my mind this stream of words ahead that my voice was following, so I was focussed on that, while my mouth was making the words. It was really quite strange but at the same time I had this great feeling of warmth and joy.
So this morning I have gone back to being skeptical, and thinking ‘is it really from God?’ But the same thing is happening, like I am not in control of the words. So I guess I now have the gift of tongues.
Love to know others thoughts on the git of tongues, others experiences, positive and negative…! 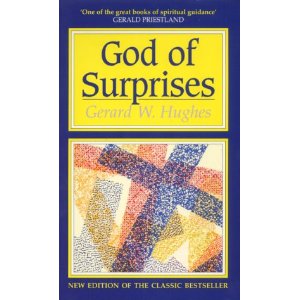