A foray into Morning Prayer 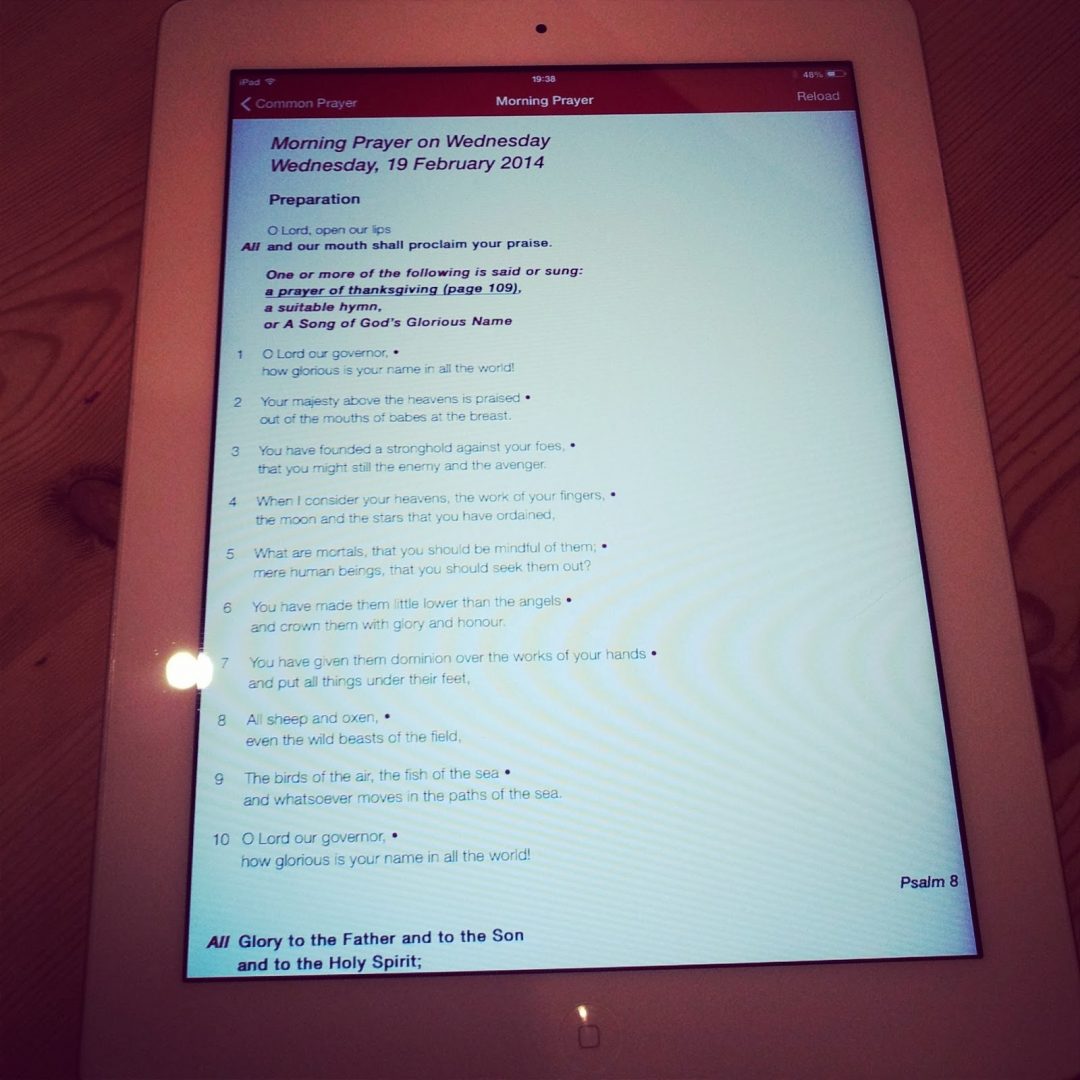 Some while back I was encouraged to do daily prayer (an Anglican set of specific liturgy/prayers for set times of the day). I ignored that suggestion. For a while I followed the Celtic daily prayer from the Northumbria community but didn’t manage to stick to it. The thing is, I like being spontaneous in prayer, I’m not really good at following the same old thing every day. I’m at a Charismatic church (a CofE Fresh Expression) and we don’t really ‘do’ liturgy. It’s just ‘not my thing’.

Anyway, last September I started at Vicar School and thought I really should give it a go. Enough people had nudged me in that direction and finally I thought, well at least if I do it I can tell them I’ve tried and that it’s not for me. So I committed to doing Morning Prayer (just one of the set liturgy for each day) for a term. One term. I thought, I can manage that and then give up and go back to my usual, slightly more chaotic, way of praying.

So, how has it been? Well for the first few weeks I hated it. And I mean really hated it. I like to pray first thing and time is limited so doing morning prayer meant I couldn’t do anything else prayer wise (at that time of day). I found it restrictive, boring, and if anything I felt further from God. I felt like I was doing this under sufferance, although it was only me making myself do it.

Then there was a glimmer of light…

Daily Prayer isn’t really designed to be done individually, it’s supposed to be done in company. I found people tweeting every now and then with the hashtag #MP and I noticed bits of scripture or lines of liturgy that I had read too. It made me feel part of something larger, and that is half the point.

However I was really struggling. It felt so false – like it wasn’t even me praying. I know to some, having prescribed liturgy is really helpful and meaningful. To some, the language is beautiful and descriptive. To me it was just words. Words I had to repeat daily as some kind of ridiculous challenge I had given myself. I guess I was viewing it as an act of obedience: If I am going into the Church of England, this is expected of me, well ‘required’ actually but I know plenty of Priests who don’t do it, so ‘expected’ will do. But still, I need to try and be obedient at least.

Then my spiritual director  (she’s very wise and lovely) said something to me, so simple that I should have been doing it anyway. She said, why don’t you ask God to speak to you through it? before you start, just ask him to be with you and draw you closer to him through the prayer time? Now why didn’t I think of this myself…?

So that’s what I began doing and there was an almost instant transformation! Instead of thinking, ‘right how quickly can I get through this?’ I began to expect God to speak to me through the prayer time. There were days when lines of liturgy that I had read every day for weeks suddenly stood out, and I thought, ‘have I even read this before? why did I not notice the significance of this line?’. Things like:

‘As we rejoice in the gift of this new day, so may the light of your presence, O God, set our hearts in fire with love for you; now and forever’.

I love that line. A line that wouldn’t be out of place in my own church setting – ‘set our hearts on fire?’ – YES LORD!

It’s amazing how that happens, when you read the same thing day in, day out and then all of a sudden it’s like a few words just jump off the page. If that isn’t God speaking to me I don’t know what is.

And since then I’ve noticed daily how God really reaches out to me through Morning Prayer. Some days the Psalm could very much be my own thoughts. Or sometimes the prayer of thanksgiving is so appropriate for where I am at. Or the collect of the day really touches me in some way.

This last week has been tough for a few reasons which I won’t go into now, and the prayer time each day has just been totally amazing. I mean really, it’s like everything was written for me, as a reassurance, an encouragement, a comfort. Right now I am actually waking up and looking forward to Morning Prayer (God, what have you done with the real Jules? perhaps you could bring her back now?!).

There are days when I just oversleep and miss it – our mornings are on a very tight schedule, and if I don’t pray first thing then it just doesn’t happen. I mean obviously I pray throughout the day, but not in the same way – it’s more snatched or relevant to what’s going on in my day. So when I miss morning prayer I really feel like something is missing, it’s like I have forgotten something vital – you know when you leave your phone at home or forget something for work – it actually feels like that. And I feel less peaceful too if I haven’t had that prayer time.

So here I am now in my second term of doing Morning Prayer and so far no end in sight. I really am enjoying it and what’s more I feel that I am really meeting with God through it. Who knows where this unlikely love affair will end, if at all, but for now it’s going just great. 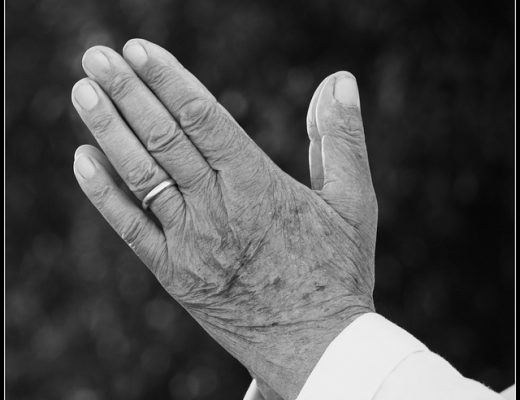 So, I prayed for the VCR