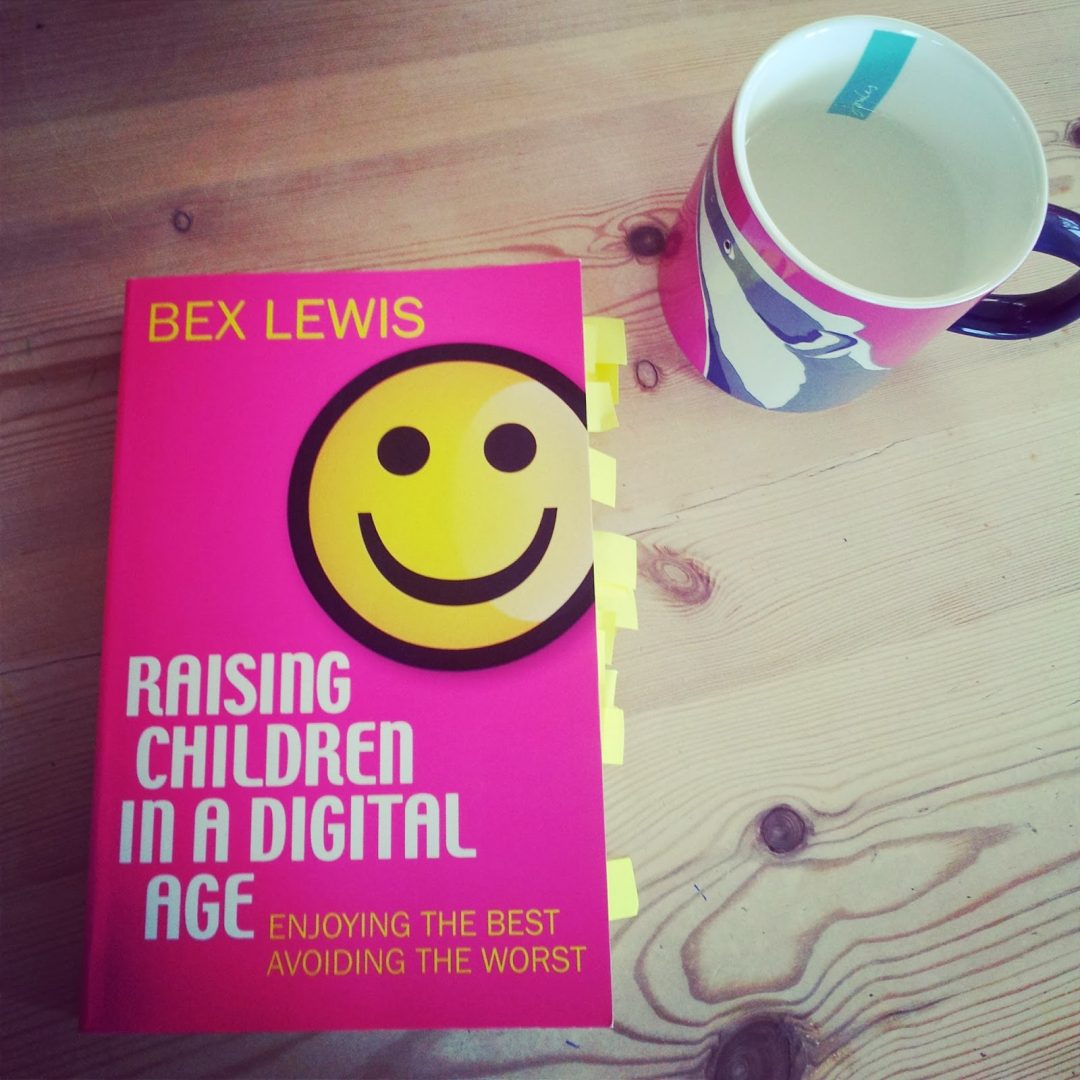 I have three kids aged from 8-18, all of whom use the internet and have various tech devices. Likewise my husband and I are both pretty digitally savvy too so I wasn’t sure what this book would bring to us. However after an incident a few weeks ago (which I’m not up for writing about now but might in the future), I realised I needed some advice in this area. Great coincidence then that this book has just been released, I ordered it and devoured in within a few days! Obviously I was specifically reading it with this incident in mind but it opened my eyes to so many things we hadn’t even considered about the internet and allowing our kids to use it. Even if you think you know it all/are doing it all already, I encourage you to read it!

Dr Bex Lewis is a research fellow at CODEC (Centre for Christian Communication in a Digital Age)  based at Durham Uni. The book is a result of her research, including input via a questionnaire from parents and those involved in childcare. Bex says the book is intended to give you confidence to allow your children to engage digitally, whilst also giving practical advice and also looks at specific areas of digital use too.

The book starts off by challenging some of the oft-quoted fears surrounding children and the internet, creating a healthy balance between scare stories and the real issues. Helpfully Bex intersperses her writing with quotes from the questionnaire about peoples own fears and experiences. It is great to realise you are not the only one worrying about this or that someone else has the same issues with their kids and their tech!

She also covers some great positives around usage of the internet. After all, we live in the 21st century and there is no avoiding the digital age, whether we like it or not! If you were worried about your kids and all the tech they have access to, then this will really help you put some of those fears to rest.

The book is full of practical advice and points to other places to look for further info and advice too. As I said, I am pretty well up on the internet & digital technology but there are several things that Bex raises that I hadn’t even thought of. My oldest child is 18 and so she has grown up with the internet, and it growing with her in a way. It was difficult to put in rules and regulations when she first got online, as while she grew so much was changing so fast, from Club Penguin to Bebo, to Facebook, to who knows. Now, she is pretty sensible and I trust her, but some of the issues kids face as they come into this world we are only just beginning to realise. For older teens and young people they have been the guinea pigs who have learned through their usage of the internet. Mistakes have been made that have enabled others not to make those same mistakes. We are not just entering this age of technology, we are well and truly in it, and any parent or adult bringing up kids in this age needs to be fully aware of both the benefits and the pitfalls. So much of that is covered in this helpful book.

This is really where we are at with our younger kids. We are aware of the pitfalls, the issues and the dangers and now we need to put in place a structure for our younger kids that the oldest one didn’t have. Equally if you have no idea where to start, then Bex gives some great pointers on this, from basics like making sure you know your kids passwords, to more in-depth stuff around security and safety online.

A friend of mine allows her 3 year old to use the iPad unattended to watch Peppa pig. At 3 she can find her way around youtube to find all the Peppa videos she can find. This worries me as I think of all kinds of stuff that can pop up on youtube when you are not expecting it. But then I imagine her thinking is – why should I worry? – after all, as far as she is aware her daughter is just watching Peppa. But this is exactly the kind of issue parents need to think about these days. I realised after reading the book that my iPad has no protection software on it, because it’s mine and I don’t need it, I hadn’t thought about the odd time my kids use it…

The book is written in an easy to read style, complete with a jargon buster for those who don’t know half the things that are mentioned! Chapters are short and focussed, interspersed with relevant comments and quotes so you don’t feel like you are wading through a big tome, more a friendly guide. I would thoroughly recommend it to anyone with their own kids or those who work with kids and young people. In fact, I would say you need to read it!

Raising Children in a Digital Age is available here from Amazon.

Compelled by Love // The Movie