So this is a subject I keep coming back to, but I just feel passionate about the idea of the church being completely loving – loving itself. I love my little corner of the church and I know which bit I prefer to worship in, but I also recognise that it’s all Gods church and who am I to say which bit is ok and which isn’t? God has made all kinds of different people and they all need to meet him in different ways, and so, we have a vast and broad church. Makes sense to me…

There’s been all kinds of stuff recently, been flying around about some people within the Catholic church being not all that happy with some of what Pope Francis has been saying. Personally, and clearly I am not a Catholic, I think he’s amazing.

How about these for a few of his latest tweets: (follow him @pontifex or in spanish: @Pontifex_es)

The mystery of the Cross, a mystery of love, can only be understood in prayer. Pray and weep, kneeling before the Cross.

Pope Francis ‏@Pontifex
The secret of Christian living is love. Only love fills the empty spaces caused by evil.
Pope Francis ‏@Pontifex
Where we find hate and darkness, may we bring love and hope, in order to give a more human face to society.
This is a man who can unite people in love, and that is a big part of what we’re called to do..
My week has been full of church contrasts. So, Sunday I was at a study weekend and the morning worship was not really to my taste if I’m honest, it was very liturgical and I found it hard to meet God in that. But I know there were others there who really did meet God in that. I once met a guy who has a level of autism and he said for him, the comfort of well known words and prayers was vastly helpful to him. The disorder, as he would see it, of my church would leave him cold, he would not find it worshipful or restful!  In total contrast to the morning, I got home and went to our evening celebration. This was noisy, loud, an assault to the senses if you like, but to me it was fantastic! I felt God’s presence, I met him in the music, I met him in the people, I met him in the message that was preached.
Yesterday I went to London, to the London School of Supernatural Ministry (yes, yes insert Hogwarts jokes here, many do…) for a morning with Bernie Ooley, from the school at Bethel church in the US. It was pretty radical (although not as radical as some places I’ve been), there was raucous laughter during the worship, people falling over all over the place, spontaneous singing, prophetic words given out, and some amazing teaching. That was the morning. In the afternoon I went to chapel at my kids public school, where there was a very solemn organ (which actually sounds rather Harry Potter-esque at the end !), lots of liturgy and a sermon.
Which of these did I meet God in? – well both. In the morning in a free, loving, anything goes kind of way, and in the afternoon in a structured, I need to think about this way.
but also, in the morning, in a structured teaching way, lots of stuff to take away and think about, and in the afternoon, in a loving way, sharing with the person sat next to me, hearing my 7 year old daughter pray ‘her version’ of the Lords prayer in the service…
You want to tell me that the Catholic church is evil? or that the charismatic church is encountering demons? or that the liberal church has lost it’s heart? or that the African church is intolerant? Well, I’m not going to listen. It’s all God’s church…
I’m reading a great book called Christianity Rediscovered at the mo (it’s on my reading list for the Mission part of my course) and it’s all about a guy who goes out to be a missionary to the Masai tribe. Can’t lie I got it because it was £2 on Amazon, I needed a few off the list and my book grant does not go very far. But it’s amazing. This guy goes out to evangelise the Masai and, I guess obviously, has to completely rethink mission in order to do it. Church in the Masai looks nothing like church in the UK that’s for sure. And that’s absolutely right! They live their lives in a completely different way to us, so why would church be the same? And it’s like that for us, ok we might all live in a rich country (well, that’s debatable) but we are so different so why would we expect people to be able to meet God in the same way? It just doesn’t make sense…
So it’s funny, the college I’m at was not my first choice, but I know it’s where God wants me, and I think part of that is about learning from other parts of the church, and in that sense others learning from me too. The church gets slated all the time, yes ALL the time, for it’s disunity, and that drives me round the bend! We all love Jesus, we all serve Jesus, can’t we agree on that?
Bernie, in her talk yesterday, was talking prophetically about the UK – in her words ‘the UK is trending right now in the spiritual realm’ – love that! – She was talking about how she believes that the UK is going to be at the forefront of showing unity in the church. Man, I pray that she is right. What an amazing legacy that would be…
Love your church 🙂
Bernie OoleyBethelChristianity RediscoveredJesusPope FrancisTheological collegeunity in the churchVincent Donovan
0 Comments
By Jules 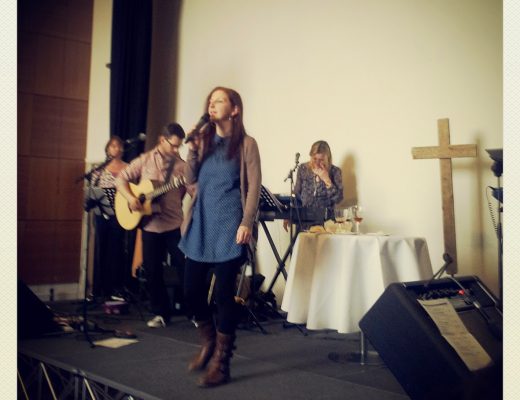