Back when I was first trying to bury my head in the sand about being called to ministry I wrote a post on my blog entitled ‘10 reasons not to be a Vicar’. So it’s rather funny to look back at it this morning, especially today, as I have some rather exciting news to share…

Many of you will know that I have been writing a book, all about being a ministry mum and I am delighted to share that I have just signed a contract with SPCK to publish the book with them.

I cannot tell you how excited I am about this!

I felt there was a real need for a book to encourage women, mums and especially younger parents, that you can be a mum and a minister, as well as to challenge some of the more patriarchal systems of the church. Like my blog it will be pretty raw and honest in places, with plenty of humour and real life stories.

There will be lots of time for thank yous later, but for now I just want to say two…

Firstly to the wonderful Clergy Mummy family on Facebook who have been such a source of support, encouragement, help, and inspiration for the book. Secondly to Elizabeth, my fantastic Commissioning Editor who encouraged me to seek to publish the book, has championed it for me, and held my hand through the process which such enthusiasm and wisdom.

So in celebration of this news, I’ve reworked my ‘10 reasons not to be a Vicar’ post as: ‘10 reasons why it’s great being a ministry mum’. Of course, it’s not always easy, some of what we do is tough, draining and emotional, and sometimes just a bit crap TBH, but it’s also an amazing privilege and today I want to celebrate that, so here’s some of the good stuff…

‘10 reasons why it’s great being a ministry mum’.

Knowing you are doing what you were made for (both ministry and being a parent in my case) is such a privilege. I feel so blessed that I get to do something that I feel both called to, and made for; and that fact that I love my job I think reflects on my family. I am happy (mostly!) and not only do they see that, but they get me as a happy fulfilled mum too.

has its benefits. Like for example, working in your PJs, with no make up on – I mean seriously, we cannot overlook the value of this one, especially if you’ve had a sleepless night with a small one. Or what about when the kids are sick, or a delivery is due, or  you have one of those annoying repair visits where they make you wait in all day from 1am – 11pm…

There is something (ok A LOT) to be said for being your own boss. Now I don’t mean not coming under authority – I mean I’m a Curate right now so plenty of authority to come under right there. But being able to manage your own diary, being flexible in the times you work and not just doing 9-5 can be a huge bonus. For me, it means I can do the school run, go to the school carol service, or take my daughter for a hair cut knowing that I can catch up later on.

Lots of areas of ministry have the option to bring your kids along to, either because they will be welcomed, or because sometimes you need to.  This can also be a huge blessing to others too, often older congregation members love to see kids at events they are at, and take an active interest in them, or watch over them during a service, play with them, spoil them etc.

I know plenty of clergy who class going to the supermarket as ministry because they spend so much time chatting to people in the store.

Ok so maybe Tesco isn’t ‘fun’ per se, so add in to that school gate conversations, meetings over cocktails (oh yes that one is defo in my diary), or pastoral conversations while stomping out on the downs. Much better than being in an office, right?

Not a reason to have them obvs, but boy do they bring great opportunities. Visits to the park, indoor play centre, music group, you name it, anywhere parents and pre-schoolers gather in your parish are great places to strike up conversations about faith. I think largely this is because these are ‘safe’ spaces if you like, not religious, so often people open up or ask questions they wouldn’t elsewhere. Being interrupted by a potty visit or a full on row between your kids can also make you seem surprisingly normal.

Ok so I’m being rather mercenary here, but in stipendiary ministry in the CofE you usually get a house with the job. Of course there is variation in these but can be beautiful old rectories, or property we’d never be able to afford otherwise (think Lewes, 5 bed house, garden and driveway for example – wayyyyyy out of our league…). Plus the CofE provides a bedroom per child, including taking into account older kids who are away at uni or infrequently at home, and a study for you – no more kitchen table working (she says, typing from, errr, the kitchen table).

Working for an ‘organisation’ that works a bit like a gigantic family and sees itself as such, can be wonderful. People tend to look out for each other, having concern for you and your family’s well-being – which I think I find, way more than my male colleagues do. Plus the occasional cake or bottle of wine (or in some cases dead pheasants – yes actually) left on your doorstep is rather nice.

Being a bit ‘unusual’ (perception not necessarily reality – oh you could take that so many ways…) brings interesting opportunities. Meeting the local celebs for any reason from occasional offices (that’s weddings, baptisms and funerals), to opening the local fete; being asked to speak at posh events; very nice dinner invites; heck, even getting to write a book, and I met Joan Collins once – ministry is never dull…

Ok this might not be everyone’s cup of tea but personally I love that I get to bring a different influence to the church, that I might highlight things as a woman or as a parent that others might not. I often get told that I am ‘a breath of fresh air’ and the only reason I can see for that is that I bring a different perspective. Someone once told me that the battle for women in the church was won. It isn’t, in the CofE it’s not actually that long since women have been ordained and the structures mostly still reflect that.

I believe every woman in ministry is a pioneer in some sense just by being here. So if you are one, take a bow right now (or maybe comment below!)

So, finally, if you’re wondering about this whole thing for yourself, then here’s some words from Sarah Bessey to get you off your backside and being who God made you to be… 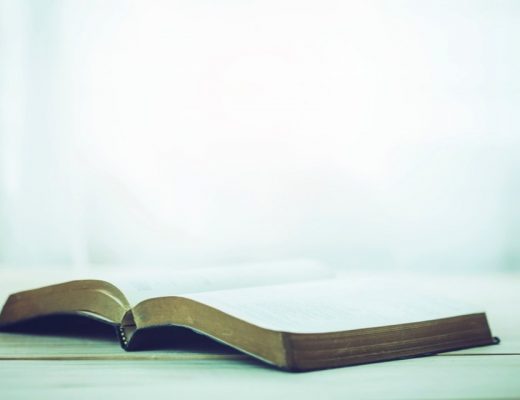