ok, so I’d like to know who believes in angels? Have you had an experience with an angel or do you think they are just from the bible ?

Someone recently gave me a gift of a small sign on which it says ‘angels don’t always have wings’, the implication being that anyone can be an angel in any given situation. I know of people who have been guided specifically by God to perform certain tasks for strangers, which have seemed strange but ultimately have spoken volumes to the individual concerned. Would they be thought of as an angel by the stranger?
I recently have been having a struggle with my work, and prior to an important meeting, I was at a rather low ebb, and I was led to a particular scripture:
See, I am sending an angel ahead of you to guard you along the way and to bring you to the place I have prepared. Pay attention to him and listen to what he says. Do not rebel against him; he will not forgive your rebellion, since my Name is in him. If you listen carefully to what he says and do all that I say, I will be an enemy to your enemies and will oppose those who oppose you. (Exodus 23:20-22)
This spoke to me at the time and gave me comfort but I didn’t think much about the angel. However the following morning at the meeting, my colleague totally took control. She was like an angel. Where I was unable to function properly as I was emotionally involved and upset, she was very practical and laid down a list of instructions to deal with the situation. Quite a role reversal for us actually!
It has occurred to me that she is the angel from the passage.
So, is that all angels are? ordinary people that God uses to help us? Or are there biblical angels out there too, with big wings and lots of power? thoughts anyone?
4 Comments
By Jules 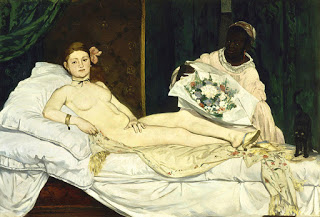 Does all sin come from the Devil?