You know they say that God moves in mysterious ways, which is a bit like saying we will never understand what God is doing in our lives, which may or may not be true, but its a bit of a non-comment if you know what I mean… Anyway we definitely had a mysterious happening last night, in fact it is actually rather funny.
Earlier this week, one evening a man knocked at our door. I spied the Anglian clipboard from some distance but it was so cold I had to ask him in, poor man was practically blue. This is in itself isn’t unusual. We do get people doing door to door and I usually fob them off with the ‘we’ve just spent all our money on an extension’ line, which tends to work quite well as they can see that for themselves. We have also got double glazing, had our loft extended and had cavity wall so there’s not much left to sell us really…! But this guy was on about sofits and fascias, which I have to admit we do need to be done and it had occured to me just that morning so I agreed to let a man come and do a quote (and almost instantly regretted it..)
So the rep came last night and of course we had all forgotten he was coming and were all set up for a bit of a jam – amps, guitars, mikes, all set our across the kitchen. However it did spark some conversation and I happened to mention that my hubby played in a band linked to our church. Which then set up an hour long conversation about faith and Christianity. The rep was a committed Christian and one of the first things he said was about the calling on his life. (a different calling to mine, in relation to street children in India – all very interesting). But the funny thing was how often he said the word ‘calling’ and how important he felt a calling was. At one point he looked directly at me and said ‘if there is a calling on your life, it is your time to fulfill it. It is what God has prepared you for and you have to obey it, not to is almost a sin’. I was a bit taken aback and thought ‘yeah ok, God I have got the message… I will stop dragging my heals!’ 😉
Anyway we chatted lots and he offered to pray for our friend who is staying with us. Then we ended up praying for him too. In the middle of praying I just started laughing, I mean it was all so farcical, a double glazing salesman turns up at our house to flog us his products and I was stood praying on tongues for him – a guy I had never met, and we had spent hours talking about God. It was so funny. I just thought about what the me from a year ago would have said if she could see me now.
So when he had gone, I said to the others, ‘was it just me or was he speaking to me?’ and my husband was like, ‘yeah he was here for you, theres no doubt!’. and I have to admit I’ve been having a few niggles over the last few days what with the bloomin’ form, so his visit was rather timley to say the least.
So now I know God does need people everywhere and he defintely does move in mysterious and sometimes hilarious ways!!

PS: and we didn’t even get the fascias…!

“I Could have been…” 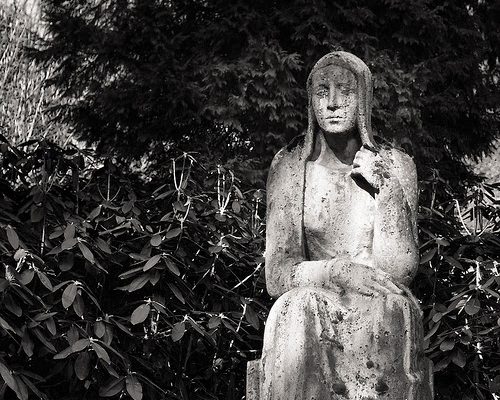 Grief and emotion in daily life