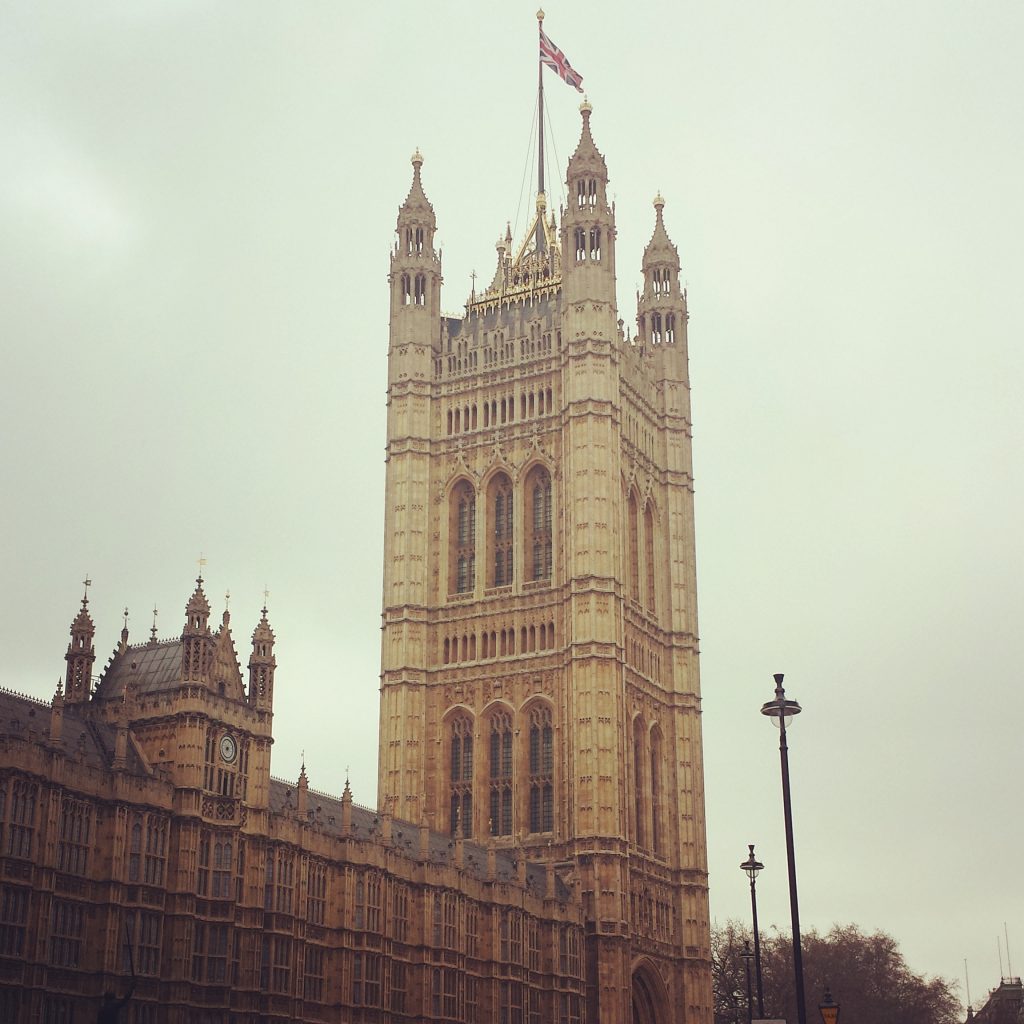 So here’s a question: when was the last time you prayed for your MP? Got to be honest, for me it was about 5 years ago when we did an event to which he came. Never really occurred to me to pray for him regularly or at all.

However I have been thinking a lot in recent years about how or if faith, or prayer specifically, has any impact on politics on this country or whether people like Chaplain to the speaker, Rose Hudson Wilkin, are able to impact or influence those in power. I have a friend whose husband, years ago, started off ‘prayer for parliament’ – a group of people meeting with Christian MPs and praying for them and for the politics of the nation. She invited me to go along and finally after two years, today we had a date when I could go! And I certainly got my answer: yes it does make a difference. MP Jeffrey Donaldson started off by telling us how grateful he and others were for our prayers, how it really did make a difference and that they really felt covered by them. One of the cards I picked up says this:

‘Through your prayers we can help to shape the decisions and attitudes of the government. It can be done but it needs dedicated intercessors to achieve this…’

I discovered that people actually meet to pray every week, to pray for parliament and the nation; and they meet in the Houses of Parliament every month to do the same. The service I went to today was an annual service held in St Mary Undercroft Chapel. I wasn’t sure what to expect, perhaps a small group of people, some hymns, maybe a sermon. Well it was far more than that. And it all started when I walked down a small winding staircase, an almost hidden entrance off Westminster Hall, turned a corner and walked into the most beautiful chapel I have ever seen. It was completed in 1297, with further work in later years and originally was used by the household of the royal family to worship, whilst the royals themselves worshipped upstairs in St Stephen’s Chapel (since destroyed). The crypt chapel, as it is informally known, was heavily restored in the 1860s by Edward Barry and it is his hand of decoration that can be seen today, and it is quite simply stunning. I actually did a comedy jaw drop when I walked in (unintentionally obvs!). 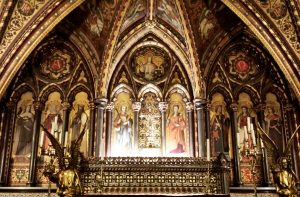 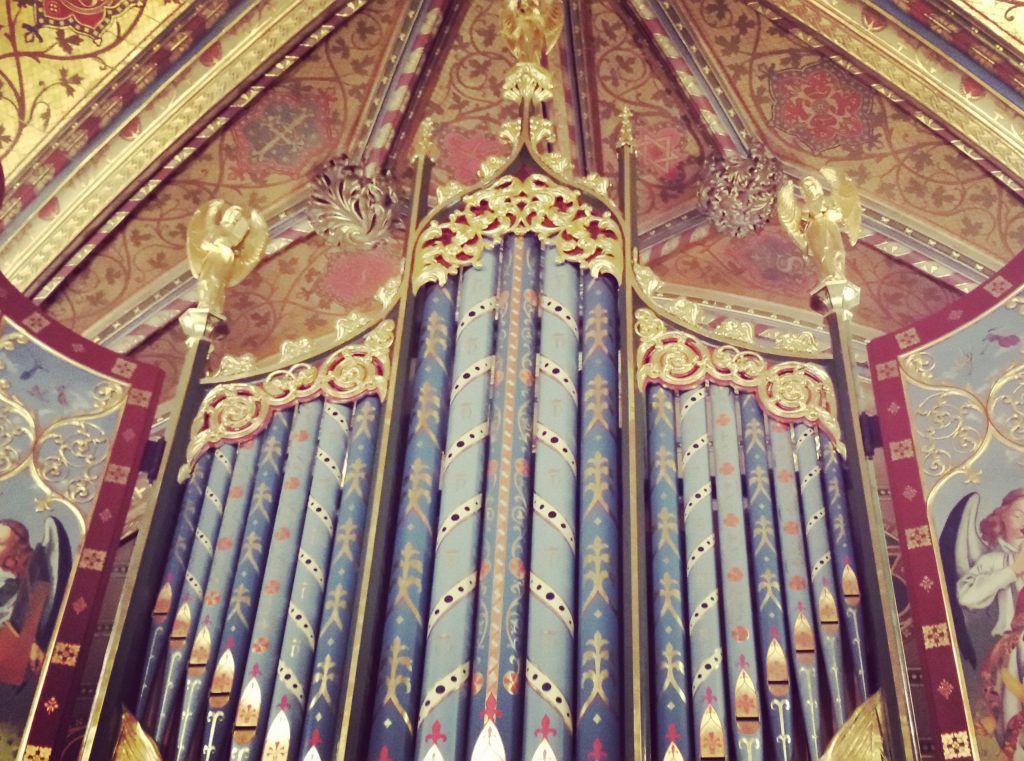 But it was far more than the decoration that impacted me. As we began to sing ‘Hosanna (Praise is Rising)’  the hair on my arms rose and I literally felt the presence of God fall on us all. It was some of the most uplifting and powerful worship I have ever felt. I just imagined the wonderful sound of it wafting up the winding staircase and into the great Westminster Hall, through into the lobbies and ‘corridors of power’. It was so loud, so powerful, so stunningly filled with harmonies, that even with thick stone walls, I am sure that it drifted far into the great building above us.

And with it I imagined the spirit of God drifting too, reaching into people, into their hearts and minds, impacting them with the kingdom of God. It was such a powerful, and I think prophetic, picture of what was happening and happens regularly there when people pray.

Was it the faith of those gathered that made it so special? the presence of dignitaries? the talented worship leader? Well, possibly but more, I think there was something so vital about gathering in a place where there is so much secular power. A tiny little beacon of the kingdom tucked away under the building, under all that power, that chapel represented to me today all the beauty of the kingdom of God, all the power of God himself, and all the possibility of what can be achieved in his name for his kingdom. It was like the very foundations of that building today, were formed in worship and prayer.

Today we prayed together, we prayed individually and with our neighbours. We prayed for parliament, for our own MPs, for those MPs present, for decisions and discussions, for wisdom, strength and more. And today, more than ever, I realised the importance of doing so. So if you don’t or haven’t, then get praying for your MP, for our leaders, for our nation. Because if we don’t who will?

To Jesus or not to…