A few weeks back my husband and I sat and watched ‘The Pursuit of Happness’. It’s a movie starring, and I think directed by, Will Smith based on the life of Chris Gardner. Gardner is a struggling medical salesman, whilst his wife holds down 2 jobs. Their young son spends much time at nursery. The wife eventually gets fed up and leaves. Gardner struggles on, trying to sell the machines whilst looking after his son. If that weren’t bad enough, the bills mount, eventually they become evcited (twice) and for months on end he and his son line up at the homeless shelter to have a room for the night, all the while lugging round the last remaining medical machine.
Gardner has big dreams, he wants a better life for his son and ends up applying for a space on an internment programme in a big trading bank, at the end of which 1 person gets a job. Only one. So at this point, he is a single Dad with no help, homeless and has no job and no money, yet he applies for an unpaid position in a huge bank. Needless to say he strives for that one job and against all the odds and all the crap that is thrown at him (and there is a lot) he gets that job and all is good. It is an amazing tale and one that would seem totally unlikely and simply the imagination of some hollywood writer. However it is true and Gardner was in fact involved in the filming.

Although there is no mention in the film of him having any faith there were so many points in the film where I thought that guy must have God in his life. You know sometimes stuff happens and you just know it is an answer to prayer, whether you have prayed it or not! At one point in the movie one of his machines is stolen (due to either his own stupidity or a genuine innocent trust of the human race, we are left to decide!). Later in the movie when all is at rock bottom he sees a guy on the street with the machine. He gets it home and eventually manages to repair it and then sell it, just when he has no money left. Or there’s a time when he misses a space in the hostel by one place and all those aroud him vouch for him saying that someone queue jumped and that he should have the space. Thats from people who don’t know him, and desperately need the space themselves. My favourite bit is the day before his interview for the intern programme, he gets arrested for not paying a parking ticket, and is taken from his home where he has been re-painting the room. So from there the following day he goes straight to the interview, just gets there in time but is unshowered, in his jeans and covered in paint. Somehow he blags the interview (through honesty actually). If that isnt a God moment I don’t know what is!

This movie really touched me. I came away wondering if Gardner was a Christian and thinking about how people can carry on in the most awful situations (rather like chatting to the lady in London a week or so ago which I blogged about). His situation was so unfair, he worked hard, he loved his wife and his son and did all he could to provide for them, yet it all fell apart. How many of us would have given up hope at that point? He didn’t, he had a dream and he did all he could to get to that dream. I was watching the movie willing him to be a Christian as it was such an amazing story of hope, of faith and of trusting in God in the most awful circumstances (Job comes to mind….).

So with the aid of Google I found out that he is a Christian, a very committed one. However I found myself a little disappointed, because they didn’t even alude to it in the movie. How amazing a testimony is his, that in trust he went through all that and in the end God provided for him amazingly. Instead it’s just another hollywood moment, a feel-good movie, shed a few tears over some popcorn and get on with your life. What a shame. 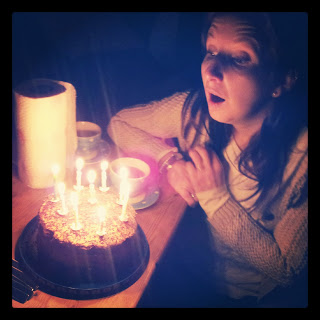