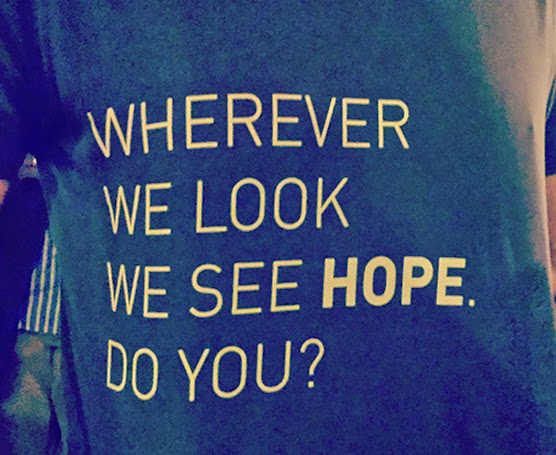 Jan 2015 / Jules Newsletter
So, I’ve made it through another term and
in just a few weeks I’ll be exactly half way through my course. Where on earth has that gone? To be honest at times it has felt like 3 years will take 30, at others it has flown by way too quick (usually when an essay deadline is approaching…) The second year has definitely felt like we’ve gone up a gear, and I almost long for the naivety of the first year. Still it’s actually really nice to know what’s expected of me now, I’ve done everything once, been to each of our venues and completed a year of academic work. SEITE (my college) has actually been going through lots of changes, as like most colleges that offer training for ministry in the Church of England, we are now under a new scheme ‘Common Awards’. This means all courses will now be validated by Durham University. Pretty cool to get a qualification from Durham but also has meant various changes, possibly the most important of which
has meant I have not got a student card this year, so no 10% discount at Top Shop and Apple… This is of course a travesty that I hope will be addressed very
soon.
Hopsital Placement / Sept 2014

Anyway… what else has happened in the last few months? Well September began with a Pastoral Placement, which for me meant 30
hours spent shadowing the Chaplains at local hospitals. This was an eye-opening time having had no experience of hospital chaplains previously. Naively I thought they just visited people, prayed with them and took communion to patients. Boy was I wrong! Of course there is some of that, but there is soooo much more. Where I was, the Chaplains get involved in staff training, helping to build policy, and my first day was spent at a conference that brought together Brighton organisations in social and health care areas, to help create networks and relationships. Of course it’s not the same at every hospital, and having heard from some of my fellow students experiences it made me all the more impressed and inspired by the Chaplains I spent time with. On the pastoral, visiting patients side of things, I was touched by the loneliness of many patients.

The current system in hospitals of ‘centres of excellence’ means that although the medical care might be better, patients are often in hospital miles from where they live, which really limits those who can visit them regularly. For the elderly this is really exacerbated as it is much harder for them to travel. To these patients, some of whom are in for weeks at a time, time spent with the Chaplain is worth an enormous amount. family homework time. To be honest, my theology is easier than year 6 maths…

Aylesford Priory (Again)
Last term’s module was good old Ethics and Doctrine. Just as mind blowing as last years Ethics module, we covered such delights as ‘The Trinity’ in just 2 hours (for those who don’t really care, The Trinity is the idea of God as three persons: Father, Son & Holy Spirit). This and other matters of doctrine have kept theologians and writers in the money for possibly thousands of years,so 2 hours to cover it? well, let’s just say I just about got the title down… This term we are looking at the Old Testament which is just amazing and I think I’ve written more notes in the first few weeks of this term than in the whole first year! I just love going deeper into God’s word and really getting into the details, the context, the history, it is fascinating.
As I write Phil & I have just come back from a SEITE weekend. Yes, Phil too, he was, I can tell you, delighted when he heard that there was an ‘AlongSEITErs’ Weekend, where other halves were invited to come and  join us. “Delighted” or not, he actually came for the whole weekend and, well, survived! Probably 2 hours spent in the bar on the first night, helped 🙂 We were staying at the oddity that is Aylesford Priory. You may remember from my previous updates, references to the food, awash with beans, and including such delicacies as lasagna ala Cauliflower, Peptobismol Pudding, grey soup and, oh yes, more beans. Luckily Phil eats like a dustbin so he loved it. A work colleague once described him as a fat bloke trapped in a thin blokes body, which just about sums up his love of food!
From my point of view it was lovely to have Phil with me for one of these weekends and aside from the talks and sessions we found some time to just hang out together, including time to just worship and pray together which was really lovely, especially in the little chapel at Aylesford. The rather disturbing ‘Infant of Prague’. Well obviously not the real one, the CofE budget doesn’t stretch to sending us to Eastern Europe. This is  simply a scary copy…

So. Sometime later this term we get to start talking about…     *whispers*
‘curacy’. That’s what happens next,  I finish the studying
and then get let loose (almost) on some unsuspecting Anglicans. Although it is 18 months away, negotiations start this year. To say this is a scary thought would be a complete understatement and frankly I’d rather not think about it. Effectively this will mean for us a church move, house move and most likely, a school move for the younger two as well.  Of course we knew this was coming but as it approaches it’s hard not to start rocking gently and talking to myself in hushed tones! Of course we are trusting in God entirely for this. After all he got us into this and he will get us out of it , errrr… I mean … find the perfect place for us. Worshipping with Phil at Aylesford

So with that in mind, here’s some prayer points. Please do pray for us if you can spare the time. If you’re not the praying type, maybe give it  a go – you never know when God might speak…!
In the meantime thanks again for your support. With love and blessings…

PRAYER
If you are a praying person we’d love
some prayer! Here are a few things…
: For wisdom, especially in essay writing!
: For peace as we start to think about curacy
: For us as a family with lots of new things ahead
Aylesford Prioryhospital chaplaincySEITEVicar School Upate
1 Comments
By Jules 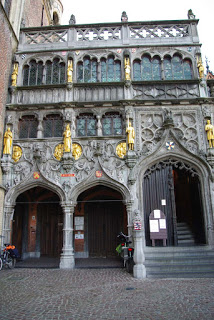