So, I love to pray for people. It is an absolute privilege to be allowed into someone’s life, to walk with them in prayer, in some cases for just a few minutes, others in an ongoing relationship. And something I find happening more and more is receiving words for people from God.

Now I know the skeptical will say ‘oh that’s just your imagination’, or ‘you are just perceptive’, however I don’t believe that is the case. Words from God, often called ‘words of knowledge’, can be so specific that they speak right into the heart of someone’s situation without any prior knowledge. It’s great as an evangelistic ‘tool’ as to approach someone to speak about God they are more than likely to tell you where to go, but if you explain that you have something to share with them, and then speak into a situation they haven’t told you about, then automatically they are more receptive.  And let’s not forget, Jesus did just that with the woman at the well, in John 4:

Then, leaving her water jar, the woman went back to the town and said to the people, “Come, see a man who told me everything I ever did. Could this be the Messiah?” They came out of the town and made their way toward him.

So as I said this is happening more and more to me, and I find it so rewarding. One particular example happened when we were on holiday in France this summer. As a family we were eating outside in a restaurant when I felt drawn to a man sitting near us. Although there was nothing that really stood out about him I just had a sense of deep sadness over him and that was was in the military. I saw a brightly coloured band on the floor which was so bright it really stood out against the dark ground even though it was tiny, and God gave me the the actual word I had for him through that, which was was: that God had made him to be someone who stands out, who people look to for guidance. Often that is the way God speaks to me, through circumstantial things. So I told my husband I was going to talk to him (he’s quite used to me doing this now so it wasn’t strange that I was going to speak to another man!) and approached him. Now of course this isn’t always easy, how do you tell someone you feel God has given you a message for them without sounding totally bonkers? and of course we were in France and I had no idea if he even spoke any english (and my French is pretty basic to say the least!). But in my experience, if God sends you to speak to someone then he will find a way… in this case the man was english so I needn’t have worried!

So I went over and just said (this is my usual staring point) ‘Hi, I wonder if I could talk to you for a minute, I know this sounds crazy but I am a Christian and so I believe in God and sometimes I feel that he gives me a word for people and I think I have something to share with you’ – usually this is enough for people to at least hear me out! and as yet no one has told me to get lost… (famous last words!).

He was looking at me like I was a bit bonkers I have got to admit, so I very quickly gabbled off what I felt and was about to retreat, saying, ‘if it doesn’t mean anything to you, that’s fine just forget I was here’, but as I went to stand up he suddenly opened up, telling me that he was blown away. I am not going to go into all the details, but the short of it is that everything I said to him during that conversation was spot on and apparently absolutely perfect timing (funny that). We ended up chatting for some time (by which stage my husband had paid our bill and him and the kids were ready to go!) and I prayed with him before we left.

I haven’t seen him since and I don’t know anything more than his first name, and I don’t know how what we talked about has impacted him or the decisions he had to make, but the thing I am absolutely certain of is that God sent me to talk to him that day. Not only that but he gave me exactly the right words, and I do mean exactly, he gave me enough detail to start the conversation but also guided me through it, revealing more to me as we chatted.

Sometimes people need to meet with God and often that happens through us, if we are open enough and bold enough to be used by him. So often people are not interested in the church, or skeptical or even completely anti, but God is not the church (much as I love the church) and if we can enable people meeting him personally, then what a difference that makes. It cuts through the anxiety, the past experiences, the intellectually thought through arguments, and brings God right in front of them.
meeting GodPrayerprophecywoman at the wellwords of knowledge
4 Comments
By Jules 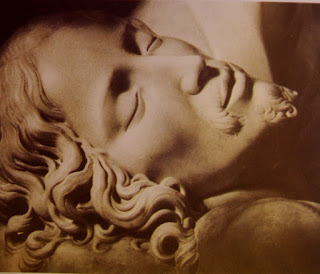