So I’ve been thinking this week about what it means to witness for our faith.  We are called to preach the gospel, to show the love of Christ and be Jesus to those around us. Most of us choose to do this in different ways and this is good. God has gifted us all in different ways and through those different gifts we have the ability to reach all people.

One thing that annoys me about Christian circles is the labelling of people, for example, liberals, evangelicals, conservative evangelicals, charismatics, Anglo-Catholics, theologians, social commentators, and so on… It annoys me because these are just labels, they don’t tell you anything about the person themself. On top of that they can be totally misleading, if I describe someone as an Anglo-catholic, that description comes with a set of assumptions about what they believe, how they practice their faith and how they are likely to feel about certain situations or theological view points. Those assumptions are often complete rubbish. As just one example, when I felt called into ministry the first person I spoke to is someone who has regularly been described as an Anglo-Catholic. As a more charismatic believer I assumed a lot about what his reaction would be. In fact I was completely and utterly wrong, he was incredibly encouraging and made no mention of the fact that I was a woman or a charismatic evangelical. In fact it was he who first put me on the road to Ordination.

So why am I going in to all this? Well it’s twofold. Firstly because the worldwide church is so broad and vast that it takes in many different viewpoints, theological issues and denominations and yet we are all united in our love of one God. Secondly because as Christians in this vastly differing melee of views and standpoints, we are all representing that God who unites us, to the world at large.

Someone once told me a quote which was attributed to John Wimber, and I’ve got to be honest I can’t find any evidence of that, but it was along the lines of:

You’ve got to love the whole church, from the smells and bells to the weird and wacky. It’s all God’s church and who am I to decide which bit is getting it right?

Now as I said I don’t know for sure it was Wimber who said it but I do know that it’s a great quote! It speaks of unity, and love of God, and of his church. I remind myself of this often, when I am frustrated with a particular part of the church or a particular belief. The truth is if we are going to reach the world with the Gospel we are going to need many different ways of doing it.

So often we see different areas of the church and different people within it getting annoyed with each other publicly. Different ideas are good and debate is certainly healthy but I would really love to see this done in a more loving way. If I find myself speaking to someone holding a different view point to mine I want to find out more – I mean what if they are right and I’m not?! I don’t often change my mind on these things but I do like to be challenged because then I find, you can be sure of what you believe, if it has been questioned and yet you are still standing in the same place then your belief becomes stronger.

I admit it, I do like to be challenged, I like a good debate and I hope that I come across as loving in my questions and not arrogant. So I would always encourage others to do the same, to discuss differing views, to look at opposing ideas, but to do so with love and understanding. I have found on several occasions recently Christians in the public eye being less than loving towards one another in the public arena. If you don’t agree with each other that’s fine, but have some respect for each others position and don’t forget that if God has put you in the public eye you can be sure people will be watching closely. The bible says that those in ministry will be judged more harshly and that’s a tough calling, and I know many of us make mistakes, after all being a Christian or a leader does not make you perfect, but we just need be aware of who is watching. The church gets slated in the media, especially over anything that divides it, and we have a responsibility to avoid that wherever possible, not add to it.

I love social media, but so often we can be tempted to fire off something online as a response to a problem or personal situation when really our first response should be to seek God, pray and see what the bible says. Many times I have heard the phrase ‘ and she calls herself a Christian’ or ‘I thought you were a Christian’. Hardly a good witness is it… 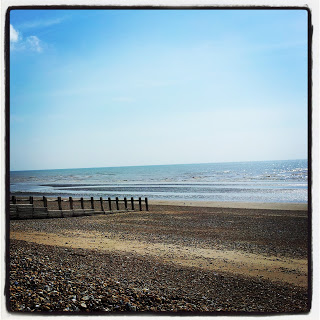 Retreat, Part 2 ‘God is in the detail’