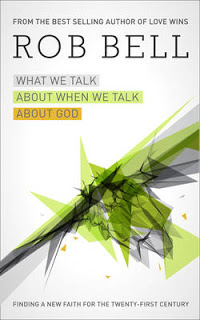 I have to admit I don’t know a huge amount about Rob Bell, I haven’t read any of his books and I’m not sure I’m likely to, but his name crops up more and more and so when someone offered to write a book review as guest post, I thought it was about time I took a bit more interest. So the fab and very interesting Sam Hailes who blogs at Holy Man Sam, has written a review of Rob Bells latest book ‘What We Talk About When We Talk About God’ and you can check it out below. I’m sure he’d be up for engaging with others opinions so do leave comments below or tweet him… Love him or loathe him, you can’t ignore him.
The young hipster named Rob Bell planted his first and only church in February 1999. Leviticus isn’t the book of the Bible you’re supposed to start preaching through with a brand new congregation, but Rob Bell hadn’t read the “church planting manual”. Right from the beginning of his ministry, Rob’s creativity and out of the box thinking has not only won him a huge audience, but attracted widespread criticism.
NOOMA was massive and his weekly Mars Hill preaches were downloaded by thousands. But it was the pastor’s last book that really set the cat among the pigeons. His entire catalogue is now likely to be divided up and viewed in two halves: Pre Love Wins and post Love Wins.
That’s right, Rob Bell’s last book, which (in case you’ve been living in a cave for the last 2 years) discussed heaven and hell simultaneously enraged and reassured Christians around the world.
In stark comparison, his new release, ‘What We Talk About When We Talk About God’ is straightforward and largely noncontroversial. It’s both fascinating and unremarkable.
The Rob Bell protestors haven’t forgiven the man they view as a heretic. And those hoping for a confession in ‘Talk About God’ will be disappointed. The new book doesn’t even mention Love Wins, let alone make an apology for it.
Rob’s three main points in ‘Talk About God’ are God is WITH us, FOR us and AHEAD of us. The average Christian probably won’t be bowled over by these words. But the way Rob unpacks the ideas is inspiring.
“With” because, “I believe God is with us because I believe that all of us are already experiencing the presence of God in countless ways every single day.” Rob explains this idea through a fairly lengthy excursion into particle physics!
“For” because “I believe God is for every single one of us, regardless of our beliefs or perspectives or actions or failures or mistakes or sins or opinions about whether God exists or not.”
“Ahead” because “when I talk about God, I’m not talking about a divine being who is behind, trying to drag us back to a primitive, barbaric, regressive, prescientific age when we believed Earth was flat and the center of the universe.”
It’s this last word, “ahead” which is the least convincing. Just as ‘Love Wins’ was a below average attempt at justifying a form of universalism, Rob’s new book is in part a below average attempt to justify a way of reading the bible known as “trajectory hermeneutics”. That’s not to say either arguments are definitely wrong, just that Rob’s points aren’t as strong as they could be.
The other issue is that as Trevin Wax notes over on The Gospel Coalition: “God is ahead of us, beckoning society forward, and (how convenient!) it just so happens to be in the direction that society is already headed. Who would have thought?”
The book is quite hard to pin down. It’s like Velvet Elvis in that it’s exceptionally subjective but still very insightful. It’s a thinkers book, but as always it’s written at a popular level. This combination of deep thinking and accessibility continues to make Rob Bell one of the most interesting Christian(?) authors you could ever hope to read.
‘Talk About God’ is likely to impact those outside of the church as much as those within it. Some of the early chapters form a strong argument against the new atheism. But much of Rob’s writing seems to be aimed not at just atheists, but theists who are disillusioned with church.
You could argue ‘Talk About God’ is the book that confirms Rob’s ministry hasn’t changed much over the past 15 years. He’s still after the same people – attempting to draw them away from Christian fundamentalism and towards a form of Christian liberalism. If like me, you’re caught somewhere in between those two extremes, this book will help you both think and talk about God. Sam Hailes, 23 is a Freelance Journalist based in Southampton, UK. He tweets @samhailes and blogs at holymansam.wordpress.com
Book ReviewLove WinsNOOMARob BellSam HailesTalk About GodWhat We Talk About When We Talk About God
1 Comments
By Jules 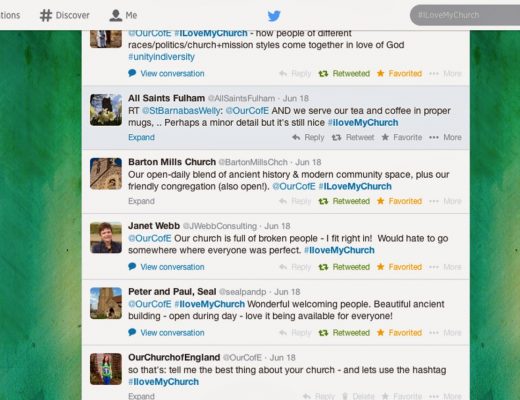