So, in true avoidance fashion I am spending the day catching up on important stuff, like reading, or baking rather than getting on with THE form. Someone at church yesterday told me it took them 3 months to fill in. eek! I was rather hoping a few weeks would do it. Not sure what the norm is? If I do it too quickly does that mean I am too eager, or have not spent enought time on it?
Anyway, so the avoidance is going well… 🙂 and I have been reading a book called ‘The Buring Heart’ about John Wesley. Whicn has been a real inspiration. There is way too much of it to list here, but a few points that really touched me…

John Wesley spent almost his entire adult life travelling up and down the UK spreading the gospel. This much I sort of knew before. But what I have learnt in reading the book is the reality of this kind of life. He rarely made appointments to speak in places, he would generally turn up and rely on word of mouth for people to know he was there. In this day and age we would think that foolish, we would need a PR campaign, publicity and flyers, handouts to all the local churches… He had none of that and yet hundreds, sometimes thousands turned out to hear him preach. He really relied on the Spirit to move people to come to these places and look how the Spirit did move! Almost everywhere he went, people heard the Word and came to know the Lord in droves. Sometimes he would just take a chair from a nearby Inn, stand on it in the town square and just start preaching. If anyone did that today we would think them a nutter…

The conditions of constant travelling were not great and the passion he felt to preach the Word meant that he did not stay in one place for long and often felt a real urge to move on. One account in the book tells of how he rode through the mountains of Perthsire, in thick snow, all day! (in which 3 had lost their lives the day before), some of it was so bad he had to get off his horse and walk (and you can bet he wasn’t head to toe in Goretex either…) Yet he would not turn back, such was the need to keep going.

He was not always well received and often peple would be incited to attack him, those who were not favourable to his style of preaching. What I found staggering is that often those inciting the mob were themselves clergymen. there are some awful stories of what Ministers did to come against Wesley, and in fact were it not for the Grace of God he could have lost his life on several occasions. I think my favourite bit in the entire book, made me laugh out loud. It is the account of a young lout running up to Wesley with his arm raised to land a blow, and yet as he neared Wesley, he suddenly lowered his arm and then stroked Wesleys hair and simply said ‘What soft hair he has!’. How the lion turned into a lamb… I love the picture of this Godly man surrounded by yobs (and the 18thC mob was a force to be reckoned with…) hurling abuse and stones and then one of them reverts totally and comments on his hair!!!

What also struck me is how, whilst The Church of England rejected him, he tried to stick to what he felt was his calling and to his role according to his Ordination in the CofE. His desire was to reform and awaken the church.
Which gives us a good lesson for today I think. Some of us have a real desire to see the CofE reformed and reawakened, and yet there is so much anger and heartache in the Church. There are still clergy who are vehemently anti-anything new, any new approaches to ‘church’ or preaching the Gospel. They wil defend their position (perhaps not to the death..!) with any means possible, they may not incite the mob, but they use the Media instead, which is frankly almost as bad. I want people to see how important the Church is in our society and how damaging it is to have slanging matches in the press, so much angst and splits being formed. Withouth fail, everyone I speak to about my faith has a story to tell of how they had a bad experience in church, or why they won’t go to church. It’s crazy, people have such a negative approach to an organisation that should be the absolute example of Gods love for His people. Instead people see doctrine, rules, judgements, anger and bitterness. Is that really what we want people to think of the Church, Gods church?

(this is not directed at anyone in particular by the way, or any particualr group, so please no one take offence… it’s a general feeling! and I do recognise that reform will be hard and probably painful to some, as has been seen recently, I think its just a general frustration that I feel…) 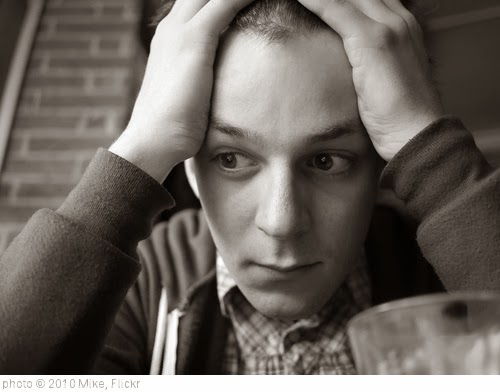