In my recent re-reading of my diaries I found a list I had written of ‘Ambitions before age 30’. Things I wanted to achieve. They were (with current update in brackets):

Do a parachute jump (not done)
Photograph someone famous (Dickie Bird at Lords, but not in a professional sense!)
To have travelled a lot more (some)
Still play the sax (no)
Be able to play the guitar (yes)
Still be able to speak spanish (sort of – bit rusty)
Go up in a hot air balloon (no – ugh can’t think of anything worse)
To have seen a total eclipse of the sun (yes, as with half the UK, Cornwall 1999)
Still have a beetle (of the VW variety. no, but would love another one!)

Ambition is a funny thing isn’t it. Some people seem full of it, others not at all. Growing up I was not ambitious. Not really anyway. the only things I aimed for were the boys I fancied (with little success I might add!). I did not excel at anything in particular at school. I was not sporty, nor particularly academic, although I was quite good at art. I went to a private girls school. (we were, and are, fairly middle class, my parents were not loaded, but my Mum taught at the school which gave her a useful discount on the fees…) The school was driven by success and particularly in the academic field. When, at the end of the 5th year (or Year 10 in new money) we saw the 6th Form director for careers advice I told him I wanted to study art. He sent me off to find out about art colleges by myself as he had no idea. By contrast the Oxbridge candidates were tutored for months on end… I was fairly intelligent and I sometimes wonder had I been at another school whether I would have been given more encouragement and whether that would have made me more ambitious or more confident.

Is ambition something inherent in us that just needs awakening? Can it be taught? What is it that makes some people strive for the top and others happy to be in the middle? Now, I am a firm believer that we should teach our kids to aim for wherever they want to go. Probably this is because I wasn’t encouraged as a child in what I wanted to do, so I feel the need to encourage them more. When I was about 10 I told my dad I wanted to be an air hostess. He told me that you had to be pretty and glamourous to be an air hostess (which I took to mean that I wasn’t either of those things). I still love travelling now, (even though I don’t get to do much of it as airfares for 5 are rather pricey…)

So it was only in my adulthood that I became interested in what I could do or become. When I finally realised that my life was in my hands and that I could go wherever I wanted to, be whoever I wanted to be, I was off! For me it has been life that has shaped me to be strong, confident and yes, I guess, ambitious. I was a late starter in that respect. It look a few knocks along the way to take control of my life, so it’s rather ironic that now I’m trying to let go… 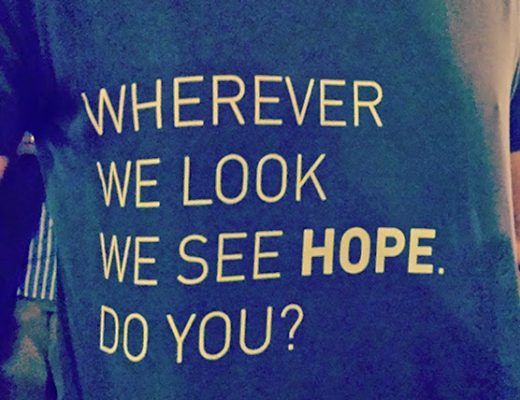