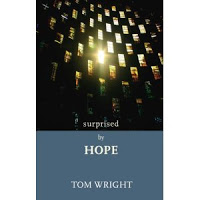 Recently I’ve been thinking about heaven. It’s a word often used lightly: ‘this ice cream is just heaven’, a good holiday retreat is ‘heavenly’, even Belinda Carlise sang ‘ooh heaven is a place on earth…’, perhaps she wasn’t far from the truth…
I am reading (amongst a million other books, really must focus…) ‘Surprised by Hope’ by Tom Wright. It’s an interesting book and has challenged me in so many areas. What has got me thinking most though, is why we are obsessed with heaven. I mean as Christians we can pretty much guarantee that it is going to be a good place, right? So why do we feel this amazing need to know now what it is like?

The bible is surprisingly unforthcoming about what it will be like. There are a couple of visions but not much else. There is also very little said about what happens to us after death. Yet the world, our culture seems to have a specific view – heaven is ‘up there’, in the clouds, angels and harps that kind of thing, all generally speaking inspired from the art world – both literary and visually. But there is little descriptive scriptural basis for that kind of view.
Tom Wright is suggesting that heaven will be on earth. not just in the sense that we have the kingdom of God within us, but a future, post-death heaven after a bodily resurrection. And in that sense, it is important to clarify between the Kingdom of Heaven or the Kingdom of God and the heaven of the afterlife. As Christians, followers of Christ, we carry Christ, and therefore the Kingdom of God, within us. But is it true that there is another Kingdom of God, a heaven where we will go after death? (if we’re lucky…;) )

Interestingly many of the references to heaven in the bible simply refer to it as the place God inhabits, where his voice comes from, where he rains various things down from. In that sense heaven is undoubtedly ‘up there’, above us (although when the bible was written they still thought the earth was flat – so is that above us in the UK or above us Australia, hard to know…) But is that the same heaven we will be going to after death? Well not according to the bible, because that says that there will be a new heaven and a new earth and that we will not remember the old one or have need of it. (Isaiah 65, Revelation 21, 2 Peter 21)

Personally I’m not that bothered about what it is like. It is an interesting subject, yes, but I believe that after my death I will, in some way, be spending time with God (assuming I don’t cock it up between now and my death…) and that is something I can really look forward to. Even if my body is resurrected (rather than some kind of spiritual resurrection of the soul) then I can’t believe it will be anywhere near what it feels like to be human now. We are talking about eternity so whatever its like, it’s got to be miles from anything I can imagine for myself and in that sense what is the point wasting my time trying to imagine what it will be like? And if I’m wrong, well then I guess that’s it and my body will rot away somewhere and I won’t be any the wiser anyway…

Some time ago I read on a blog (might have been Lesleys) an alternative view in which God came to earth whilst the believers were whipped away to heaven, and those that chose to stay with the desperate, non believing, hurting souls were in the true heaven, the true presence of God (thats how I remember it anyway…) and that really made me think. (whilst I am not sure it was particularly scriptural) Would a loving God really leave all those people behind to fend for themselves in some kind of ‘hell’ on earth? and wouldn’t it be far more like Jesus to stay and help those people even if we were condemning ourselves to a life on a broken planet with the desperate and hurting. Or perhaps we are already doing that? 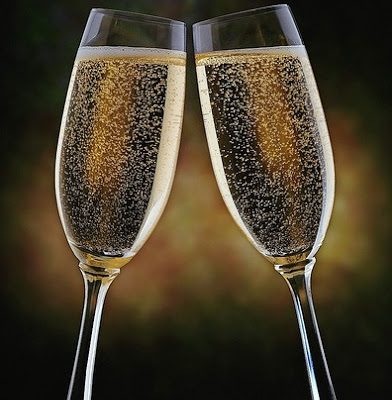