Hmm, just a thought that came to me this morning… When we see Jesus turning over the money lenders tables in the Temple… could it also be a metaphor for us, ridding ourselves of the sin within our own bodies? In order to honour him?

This just came to me this morning, prompted by the word ‘temple’ in a tweet! So much of the bible, uses symbolism and metaphor and can be read several ways, not sure if this is just me putting my own spin on it. But…

12 Jesus entered the temple courts and drove out all who were buying and selling there. He overturned the tables of the money changers and the benches of those selling doves. 13 “It is written,” he said to them, “‘My house will be called a house of prayer, but you are making it ‘a den of robbers.”

Do you not know that your bodies are temples of the Holy Spirit, who is in you, whom you have received from God? You are not your own; 20 you were bought at a price. Therefore honor God with your bodies.

I know the obvious point being made in the Mathew passage is about the temple not being used as a house of prayer, as a sacred palce but when where dishonesty is thriving. However if you look at the use of the word temple in the corinthians passage, relating to us as Christians, filled with the Holy Spirit, one can read the Mathew passage a different way…It implies to me that when we sin, we allow it to enter our own bodies, (perhaps through thoughts, it doesnt have to be an internal thing) and therefore, then we are dishonouring God but by allowing that within our own temple, our own body, as it houses the Holy Spirit…

sinthe body as a temple
1 Comments
By Jules 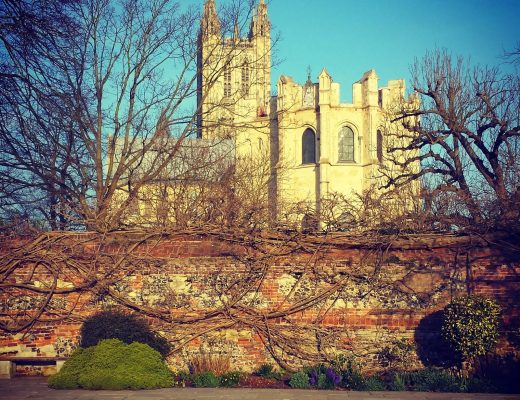