Right, well I know I’m not going crazy anymore, so that’s a good thing…
Went to see my lovely parish priest this morning (so to clarify he’s the Vicar of the church in my village, not the one where I regularly attend). An hour and a half and bit of sobbing later I can accept that…. monumental moment coming up… I have a calling. Ok, so I knew that already but it’s fair to say I have been denying it. I’m not saying it will be easy to accept it, probably the opposite, but I can’t deny it any longer.

Funnily enough he, ie: the parish priest, just happens to be the vocations chap for the diocese (I didn’t know this before), so was the perfect person to talk to. (God moves in funny ways sometimes..) Anyway I poured out my heart, thoughts, anxieties, 100 reasons why I couldn’t do it… He was perfectly gracious, despite my snotty appearance and general ‘I can’t do this’ approach, and basically gave me total confirmation about all I have been feeling. He told me that what I said matched up to what other potential ordinands (is that the word?) say, that it made perfect sense, that if he had a tick list I would be ticking many of the boxes. eeekkk!

He asked me why the Church of England, especially I guess, as I attend a very evangelical church now, and I told him how I felt about the CofE (including that I don’t agree with all of it!) and about my passion for the parish churches (which he has heard before). (too much to write all that here). To my surprise he told me that I had a very ‘mature and balanced’ outlook on it and it would be exactly what the diocese would want to hear. I didn’t expect that at all – scary stuff 😉

He told me about the potential process and what would be the next step, which set me more at ease about the whole thing, about the timing of it and what it would involve. Which is really why I went to see him in the first place, to get the low down on what I would have to do, if I really felt called. I felt that seeing him was a ‘safe’ option as I wouldn’t be admitting it to my own priest – I guess I thought that would make it official, with no going back and I wanted a sounding board first!

So he basically told me he thinks I should take the next step (ie: going to my Vicar and then the diocese guy whose title I have forgotten already…). I actually thought my heart would jump out of my chest when he said this, but strangely it wasn’t with fear as I thought it might but with excitement. I really can’t tell you how much of a surprise that was. It was like the last bit of confirmation I needed to feel ok with it all.

So… I guess I need to speak to my Vicar…
Can’t describe how I am feeling – it’s a bit like I’ve been through an ordeal and come out the other side – not that it was an ordeal seeing him this morning, totally the opposite, but I feel emotionally drained, exhausted really. But at the same time when I think about what he said to me I feel massively excited. At the school gate I wanted to run up to everyone and say, ‘guess what….’. Of course I didn’t, as most of them are not Christians and they would have thought I had gone mad. That will be another days step!

So after all that, I feel some peace about the whole thing. I can accept that there is a calling, I can accept that it is in Gods hands and time will tell what route I will be on.
I think that although I will speak to my Vicar, I don’t want this process to start until after Christmas (and anyway he might suggest further away who knows), but I want to protect this ‘sabbatical’ I have (it is God given after all) and not rush into this. It will be Gods timing whatever I feel anyway!!

If you feel so inclined, please pray for me. Although I’m excited there is a part of me that is completely terrified too!! 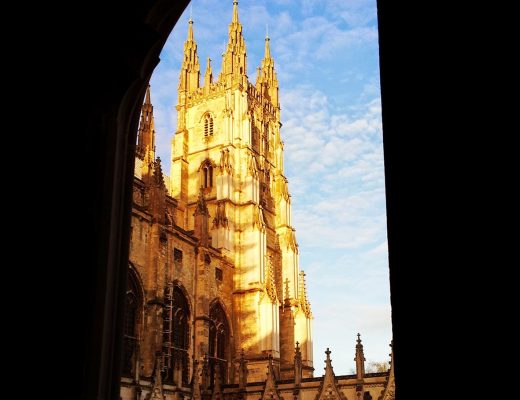