My son turned 19 yesterday. He’s just started uni, has a lovely girlfriend, is thinking about his future. It’s been a time to celebrate, the family were gathered, much joy and cake of course..! But had he turned 19, 80 years ago it would have been a very different celebration, he would probably have already been sent to fight. Because at 18 he would have received an instant call up to the army under conscription, being sent off to fight in WW2.  We may not have known if he was alive or dead on his 19th birthday. In fact in our own churchyard is an inscription of a family grave: which remembers George Slater, killed in action in France, Oct 1916. Aged just 17 years.

In my last church when we read out the names on the war memorial, on Remembrance Sunday, one family stood out. The Crock family. John & Jane Crock had 5 sons, all of whom went to war in WW1. Only 1 returned – Amos, and he had been badly injured. Amos survived though and due to his injuries was invalided out of the army. He married Ellen and they had a son Patrick. But Patrick was called up in WW2, and was killed in action.

The past can seem so far away and yet when we make connections like this, it becomes all the more real. Their stories become our stories as we remember them. I will never forget the Crock family’s story.

Did you know there is war going on somewhere in our world, constantly. This year we have seen the terrors and atrocities going on in Ukraine, some local families here welcoming Ukrainians fleeing the war into their homes. Sharing their stories too.

When we read God’s word, we are just as much hearing the stories of those gone before and drawing ourselves into them. We’re learning from what they wrote down, about who God is, then and now. About how we can live our lives seeking God just as those hearing those words from Micah or John’s gospel for the first time.

Micah lived at a time when the reality of war was all around. Where kingdoms rose and fell over bloody battles, we can read about many of them in the Old Testament. Micah knew what it was to be at war and here in Chapter 4 it seems God’s word to him and to the people were words of comfort: the future will be different. The story will change.

The previous few chapters have been full of reprimand and doom. But now, God reminds the people that no matter what they face: persecution, war, famine; God will prevail. People will turn to the Lord, the House of God will be over all. So stay focussed on God. Remain hopeful.

they shall beat their swords into plowshares, and their spears into pruning hooks;
nation shall not lift up sword against nation, neither shall they learn war any more; but they shall all sit under their own vines and under their own fig trees, and no one shall make them afraid; for the mouth of the Lord of hosts has spoken.

These words are full of such divine hope.

I sometimes wonder how God’s word was and is a help to those fighting in wars. Did you know that in WW1 every soldier was given a New Testament as part of their kit? One soldier, George, wrote to his family, noting that his bible had taken the impact of bullets fired at him. He wrote that the bullet had stopped at Isaiah 49.8, ‘which caught my eye directly I saw it: it said: “I will preserve thee”. May this be true of future days until I see you all again, is my heartfelt prayer’. George’s story is more happy than the Crocks, he survived the war and his faith grew. He went on to work as a missionary.

His story is one of many that shows how central the Bible was to soldiers during World War One. Between 1914 and 1918 The Bible Society distributed more than 9 million copies of Scripture in over 80 languages, to members of the Armed Forces, but also to prisoners of war on all sides. Not only were some soldiers’ lives saved by the Bible, which they often kept in their breast pockets. It also provided solace as they lay dying. The Bible Society reporting that

‘Soldiers, when they were very badly wounded, had a tendency to produce the New Testament from their pocket and read it as they died.’

Our gospel reading from John 14 is often read at funerals. It is I think a passage of great comfort
Do not let your hearts be troubled. God’s house has many rooms and one is being prepared for you. Jesus is the way there – not just that but the way, the truth and the life. Almost an echo of Micah’s words:

Come, let us go up to the mountain of the Lord, to the house of the God of Jacob;
that he may teach us his ways and that we may walk in his paths.

I love the imagery this passage evokes – I think of a maternal God in a pinny perhaps, preparing rooms for each one arriving. Perhaps putting different things into each room depending on the person. How awesome would that be – to enter some eternal mansion and your room is prepared for you already, just waiting and designed perfectly for you.

And that is what is on offer and we do know the way there, because we know Jesus. And Jesus says he is the way there. This is at the heart of the gospel, Jesus is the way – in this life and to the next.

Now sometimes we get our knickers in a twist about this passage – we wonder about those who don’t know Jesus, what happens to them – a valid worry. My answer to this is that we do not know what will happen to our loved ones in the future, no matter their path now, there is time for everyone, a future story. And even beyond that we do not know what happens spiritually at the time of death. I think a helpful passage to remember is the parable of the workers in the vineyard – even those arriving late in the day and doing less work get the same pay. Why? Because it’s a parable – a picture of the invitation to your own room in God’s house – to know the Lord is not a one time thing or a limited offer – it’s open to all, forever, even to the very end. Who knows if we don’t get a last minute offer?!

But the thing is Jesus is the way. THE way. The way into truth and life in this life and the next.

Those soldiers didn’t just carry bibles with them for the sake of it, they could have left them in the mud, but they knew there was something in there, even turning to them at the very end. Words of life and hope and the way to a future wherever or whenever that was. And knowing Jesus is not just about the future it’s about the now. About seeing stories grow and unfold in heavenly ways, our stories and those of others.

So as we remember today the lives, the stories of those who have gone before us, we know that we are all part of the same story. As out stories continue let us never forget the chapters that have gone before.

Info from the Bible Society here

Preach // The Philippian Jailor // Being Missional 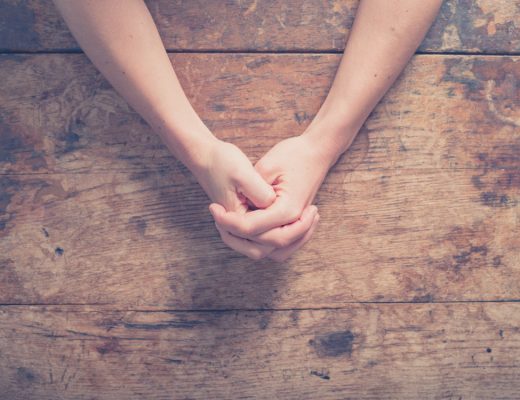