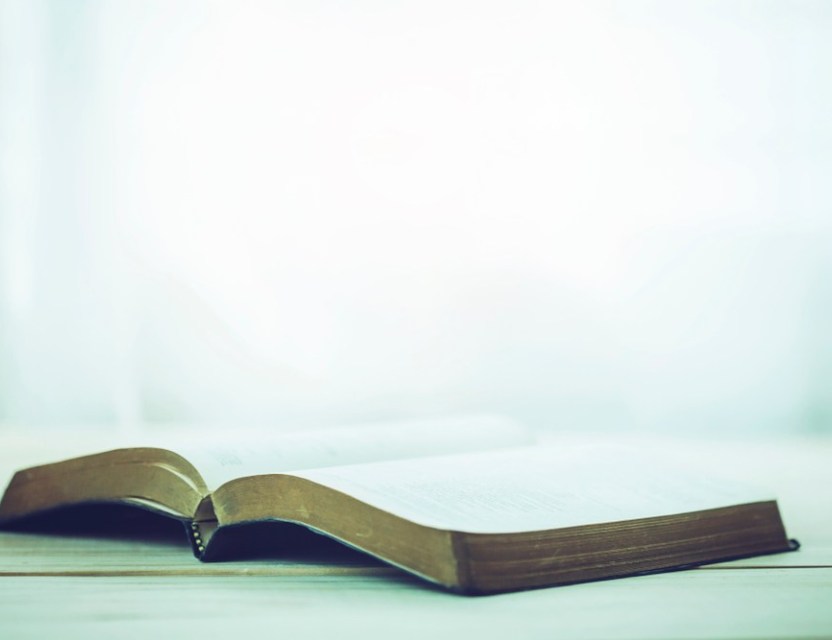 as always these are sermon notes so not 100% what I said and there may be typos!…

Pilate says to Jesus “What is truth?”

I think it’s one of the most profound lines in the bible, asking it as he unknowingly faces God,

So, I asked a few people this week, that very question.

Here are some of their answers:

The thing that makes you get up in the morning, the thing that when the going gets hard you rededicate yourself to & start over. The voice at the back of your head that you can’t ignore. The thing that leads you in to places you’d rather not go. The thing you try to ignore but can’t

And yet someone else said. Truth is:

Something considered optional by many

Truth is what is real, no matter how much it hurts. You know the saying…”truth hurts”. Yes it does, but this helps us to grow…once we accept it.

Perhaps: Knowing the truth is knowing how to live well (wisely, sustainably, lovingly) with reality.

Beauty. Truth is that knowledge that sounds with the purity of a bell in your soul. It is when you open yourself undefended, curious and hopeful to what IS.

Quite a lot of variation there! It’s hard for us to express what truth is. What about you – What is truth to you?

One person replied to my question, ‘what is truth?’ by simply saying,

We don’t know in what language Pilate spoke to Jesus but his first language, that of the Roman empire would probably have been Latin.

You know the Latin translation of ‘what is truth’ is:

Now anyone like anagrams?
Anagrams were really popular at that time, considered witty even.

And it has been pointed out and even used by Samuel Johnson who put together the first ever English dictionary, that an anagram of ‘Quid est veritas’ is:

Est Vir qui adest – which means: ‘He is the man before you’.

And Jesus did actually refer to himself as truth – he said (John 14) ‘ I am the way, the truth and the life’

But what does that even mean? How can a person be the truth?

We live in a world where the concept of truth seems to be changing, its relative, its personal, its whatever you want it to be.

But what I want to say to you tonight is that Easter shows us the ultimate truth:

That in Jesus, death becomes life.

In Jesus the impossible is possible.

In Jesus we don’t just see truth, we see The truth…

And don’t we need to see The truth in our world today?

Like a card trick I sometimes feel like we live in a world where you can’t trust anything you read or see.

Things are not always what they seem or what they are made to seem. Everything is a bit of slight of hand.

Propaganda was a word I learned in school history lessons from wars of the past but now, it’s almost like it’s our every day news.

Things are twisted, we are deceived. It’s not real,

but this has always happened… it’s not new..

even the Pharisees did this in the passage, when Pilate asked them:

“What accusation do you bring against this man?”  they just distracted him, pointed him to their truth:

“If this man were not a criminal, we would not have handed him over to you.”

No evidence, they don’t answer Pilates question,  just – deflecting him to their own truth

‘Fake news’ is not a joke any more, it’s real. We are deceived on a daily basis…

You can take whatever research or statistics you like, add some spin and make them mean whatever you want. And because of the internet, bold statements with no foundation get repeated and repeated, turned into memes and so quickly become ‘truth’.

More than that, the phrase ‘fake news’ gets pointed at anything leaders don’t like, to try and discredit it when it might actually be fact. A phrase that has been used is that fake news is ‘weaponized’  for leader’s own purposes.

More than that even deliberate lies become news. Just this week C4 news uncovered deliberately faked footage of refugees made to be used to prove political points.

Famously pictures of Barack Obama’s inauguration were cited as being those of Trump’s inauguration as the crowds were so much bigger. The White house even falsely claimed president Trump had attracted the biggest ever inauguration audience and used misleading figures from metro use that day.

Quotes often get attributed to the wrong people to make a point. Or their words are misrepresented, or made up quotes are used and shared and we all believe them…

‘the devil is in the detail – online it’s attributed to about 5 diff people but the original quote was apparently Ludwig Mies van der Rohe who said: “God is in the details.”

And this is an absolute classic – where your treasure is, there your heart will be also.

In fact Wired – a online news site published an article entitled ‘2018 WAS A ROUGH YEAR FOR TRUTH ONLINE’ and suggests:

The internet has always been awash with misinformation and hate, but never has it felt so inescapable and overwhelming as it did this year

But well before the internet there was hate and misinformation. Way before! The Devil has always been the great deceiver. In the garden of Eden he tricked Eve and deliberately misled her – saying did God really say…? And it was enough to confuse her from what she knew.

Actually it doesn’t take much – the best fake news is just a small deviation from the truth and it is believable. A bit of confusion, a bit of redirection…

And then when asked if he was the Messiah, Jesus finally gives an answer, the truth. And says ‘I am’ but yet the high priests take that as blasphemy – that he is lying against God.

>>>The truth was right in front of them and they didn’t recognise it.<<<

So how do we recognise the truth right in front of us?

And how do we engage in it ourselves?

Do we make our own truth because we don’t understand the truth?

We have been mis-sold the truth? Given fake Christianity? misrepresented Christianity? Had it twisted so it is completely unattractive?

Many of us don’t like the word ‘religion’ because it implies rules, and sticking to something no matter what, that rigidity…

The Pharisees we usually see as negative, they were so religious they couldn’t be moved from what they believed even when the truth stood in front of them.

So people now say things like ‘I am spiritual but not religious’– and they usually mean they believe whatever they like. God as some sort of divine entity, perhaps with elements of different faith systems. Picking and choosing what works for them. like some kind of personal, and yet, made up God. A personal, made up truth…

Sometimes there are absolutes.

Easter is one of them.

And yet it’s also the ultimate contradiction.

How can death be followed by life?

Just imagine if the crucifixion and resurrection happened today. How would they be reported? Would Jesus’ death be referred to as fake news?

Would images of him on the cross be thought of as clever photoshopping?

Would anyone actually believe that he died and then rose again?

And yet. The bible tells us that is exactly what Jesus did.

He died, on a cross, in overwhelming pain, indignity, humiliation.

And the truth is.

That he didn’t die because of a Roman punishment.

Or because he was beaten. Because of the hatred of many. No he died because of love. An ultimate unconditional, unending, unbeatable love.

He took the punishment of a dictatorial regime, of hate, of pain, of brutality, an instrument of evil and he quenched it with love.

And then he rose to life again, came back to life, appearing among the people and in doing so he made a way for us too, to overcome death.

Giving us an invite to be welcomed into his glorious eternal kingdom.

That is why we celebrate Easter, why the resurrection is vital to our faith!

It is the revelation of ultimate truth,

revealing the one true God, in fullness, as fully human, fully divine.

revealing the ultimate truth that in Jesus, death becomes life

that in Jesus Darkness becomes light

that in Jesus despair becomes hope

The message of Easter is that God’s new world has been unveiled in Jesus Christ and that you’re now invited to belong to it.

YOU get an invitation to be part of the kingdom of God, the creator of the world

No BS, no fake news, no added spin, Jesus died in love and rose again to life.

>>>Without the resurrection Jesus was simply a freedom fighter who died for his cause; with it, he’s the bringer of eternal freedom and hope for every one of us.<<<

We get the promise of a place in God’s eternal kingdom through the resurrection.

And that is something to celebrate! right?!

And there’s even more!

Even more than that, the resurrection is not just as a one off truth from history but:

We don’t haveto wait for eternity to experience the truth of it.

>>>The resurrection is an every day revelation<<<

An event that changed the course of human history, that means millions of people across the world todaycall Jesus their Lord and Saviour and millions before us.

A saviour who brings people hope in dark times, who transforms people’s lives and brings life out of death – NOW!

The death and resurrection of Jesus brings sense to our crazy fake-truth world.

Jesus’ resurrection is the beginning of God’s new project notto snatch people away from earth to heaven, but to colonize earth with the life of heaven….

Paul when debating with philosophers in Athens says in Acts that in Jesus we live and move and have our being’(Acts 17:28)

He is literally pointing to life making sense in a physical, emotional and intellectual way. In every aspect of our being, through Jesus.

In Jesus – in him – we make sense, because his life reveals to us ultimate truth.

>>>If truth is about the existence of reality, then our reality is defined in Jesus<<<

What does that daily resurrection truth look like for us?

For me, coming to know Jesus for myself meant that finally my life made sense to me. I saw every aspect of my life in a different way, it had meaning and purpose, it was like this is who I was always meant to be – the reality of who God has made me to be – the truth of Jules, seen through the truth of Jesus.

Everyone who belongs to the truth listens to my voice.”

When we listen to his voice we hear truth. We hear how we are washed clean in him, how we have a place and a purpose, how we can be part of bringing heaven to earth, how we are so loved and precious in God’s eyes.

In this ‘let’s make our own personal truth world’, we are not always going to be able to know what the reality is of the things we see around us – the news stories, fake or otherwise – but we have a choice as to whether we let the uncertainty around us sway us,

let it get us down,

Or we can focus on THE truth.

The rock, that brings stability, that stops us being tossed by the waves on the ocean,

the reality that Jesus IS TRUTH.

That he is the foundation of our lives, the cornerstone, the revelation…

no spin, no fake news, no deception, no skewed statistics, just pure truth,

New home for the blog