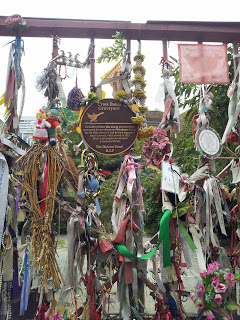 In medieval times this was an unconsecrated graveyard for prostitutes or ‘Winchester Geese’. By the 18th century it had become a paupers burial ground, which closed in 1853. Here local people have created a memorial shrine.

A few weeks back I was searching around the depths of Southwark for the office of my theological college and chanced upon this place. I took a quick snap as I was intrigued and it’s only today that I’ve looked into it a bit more.  The gates, fronting what seems to be a derelict site overgrown with weeds, are adorned with hundreds of ribbons, dolls, signs, flowers along with the plaque (words above).
So it turns out this place was once a burial ground for the prostitutes of Southwark from about 1100 onwards. They were known as ‘Winchester Geese’ from the fact that the Bishop of Winchester licensed them to ply their trade in this area which became well known as a ‘pleasure quarter’. Seems quite bizarre that the Bishop would not only turn a blind eye to this but in fact actually give it legitimacy!  By the early 19th century there were concerns about the continued use of this site as a graveyard and it was subsequently closed.
In recent years there have been several attempts to build on the land which have met with much resistance from locals. In fact a friends society has been set up to protect the area and they hold regular events and vigils at the site, find out more here on their website which has plenty of information about the history of the site.  I’ve got to say that their activities seem far too pagan for my liking, but there is something rather reverential about the fact that these women who once would have been at the depths of society, living in appalling conditions, often dying young from various diseases, are being honoured now in this way. Whilst in life they suffered and were not valued, now this land is probably worth a huge amount being in the heart of London, and a group of people are bothered enough to want to honour their memory.
It’s quite amazing what you find when you’re wandering around the city, a chance walk along this street discovered an opening into a whole different world. Whilst today Borough is pretty trendy and becoming more so, a few hundred years ago it was a whole ‘nother matter…
crossbones graveyardsouthwark
0 Comments
By Jules 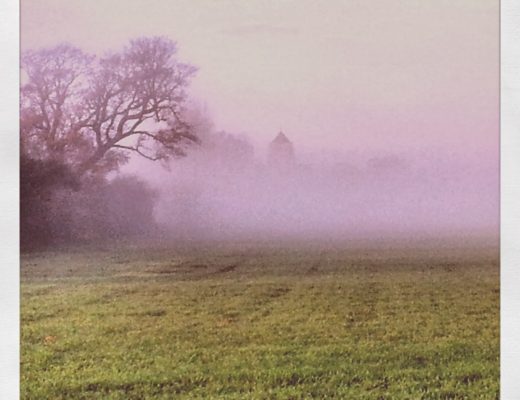 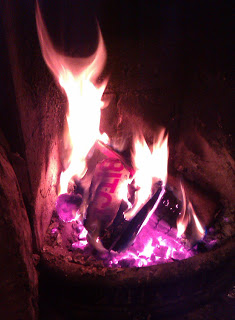 Leaving the last behind…