Ok I may be about to let off steam (again). Just to warn you…

So over the weekend the Church of England made public a letter that was sent to the Prime Minister back in September from 84 Anglican Bishops, concerning the numbers of Syrian refugees and a request for him to agree to take more. Having looked at social media alone I see a ridiculous backlash to this, with people from all walks of life, including Christians, berating the Bishops, and the church for this letter. From this kind of response, clearly scare mongering, and ill informed:

‘Each crime committed by your illegal guests, will have you the Church as aiding and abetting that crime. Murder? Rape?’

‘Stick to god-bothering. Your views on migration are no better than ours and we reject your unworldly and fallacious drivel.’

‘you should keep your nose out of politics. At least politics can be proven!’

‘I’m all for helping but where are we going to house the refuges when we can’t house our homeless?’

Oh how I tried to stay calm… I don’t profess to be an expert on this situation but the thing that got me annoyed about the public response in the first place was ill informed Christians, giving out wrong information and saying we don’t want refugees here in the UK. So firstly let’s put this in perspective shall we?

1)  Migrants vs refugees. The media has had a hand to play in the fact that many people don’t know the difference. Migrants are people who come here because they want to work, or to have a better life. They apply and are given permission (or not). Numbers are regulated and whilst I found it difficult to interpret the figures (which are here) an estimated figure for net migration (i.e. the people coming in minus the people leaving) was 320,000 people last year. Although the media would have us believe that we are being absolutely swamped, this figure has been similar on and off for the last 10 years or so. Even under a government that wants to lower this figure it is unlikely to be reduced dramatically as migrants contribute to our economy and to society. So what we are actually talking about now, in terms of the Syrian case, is refugees seeking asylum. Refugees are those fleeing their country, fearing persecution, threat to their life or to their families lives. That is very different to those choosing to come here to work, which is another issue entirely that I won’t go into here. So then how many refugees are granted asylum in the UK each year? If I’ve done my sums correctly (see here for figures) last year there were around 25,000 applications for asylum, of which only around 30% were granted (taking into account those initially granted and those at appeal), which means around 7,500 refugees granted leave to stay here. Got that, 7,500, right? Spread all across the country. Not hundreds of thousands.

2) So, now we’ve clarified that, what are the numbers being bandied around re: Syrian refugees (and there are many others in the Middle East). Well it’s estimated there are currently 4 million Syrian refugees. 4 million. Half of whom are estimated to be children. These are not people who have chosen to leave their homes, or those seeking a better job, they have been forced to. Entire towns and cities are being destroyed, there is literally nothing left for many of them. In December 2014 the UN issued it’s largest ever appeal for a single crisis in reponse to the war in Syria. Let’s face it, it is bad.

3) So, as some have said, this is a small island, yes, and some areas are densely populated but just to put that in perspective, I live in the South East, a pretty well populated area with it’s own problems and yet this is a view taken at the weekend looking over Mid Sussex.

It’s not that densely populated…. Now I admit, perhaps that was not a fully representative point, of course our rural communities have their own issues, for example the small village where I live has virtually no public transport. But just compare that with the figures above. We are really not talking about inundating a nation.

4) Lastly, yes there are other issues facing us as a nation. Of course there are: homelessness, child poverty, war veterans not getting support. This is not necessarily a bigger issue or more important to deal with than anything else (although it has been said it is the biggest crisis facing Europe since the Second World War). But no one is saying do this instead of that. If you feel strongly about an issue, then do something about it! Make a noise, start a campaign, raise some money. Don’t knock people who are standing up for what they feel passionate about because they are actually doing something about it. Goodness there is enough muck slanging in our world, we don’t need people who want to do good claiming their good is more so than anyone else’s!

Ok so there are the facts as best I can work them out (and please do correct me if I’m wrong). So then what really is the problem with the church suggesting we take more refugees? The Church of England is an organisation founded on the love of Christ. Yes, that means Jesus. A man who was full of compassion, who went to those in need and to those that others rejected. He gave the disciples a new command ‘to love one another’ (John 13). And not just that but to love as he loved (I seem to be making this point a lot recently!). In the story of the Good Samaritan (Luke 10) Jesus says to ‘love your neighbour as yourself’ and we see how one man, the Samaritan, showed such extraordinary compassion for a man in dire need. These refugees are our neighbours. They are in dire need. They need help. Ask yourself, what would you do in their situation? Your home has been destroyed, the area is bombed, there’s no work as there is nothing left, you only have a few precious belongings salvaged. You need to get away, to safety, as quick as you can, you fear for your life, for the lives of your children. Wouldn’t you do anything to save them, to protect them? Now imagine if countries, one by one turned against you and shut their borders. If you are lucky you might make it to a refugee camp and find shelter in a tent (yes a tent, far cry from a lovely appartment or a 3 bed semi isn’t it?). If not you have to travel as best you can, even on foot, to find shelter and safety, for hundreds of miles. You have nothing, you are in need and yet everyone turns away thinking ‘it’s not my problem, someone else can deal with it’.

This is all of our problem. As a Christian, I am heart broken for these people, I long to show the love of God by doing something, anything. I am angry with the government for not doing more. I want us as Christians to unite in the love of Christ and reach out to these people. As a church this is exactly what we should be doing. Where do you think Jesus would be in all this? The God of love and compassion? I don’t think he’d be turning his back, do you?

In all this, I am annoyed by people’s opinions and their reaction to this letter, I am angry with the cold heartless responses. I am disappointed in those who can so easily turn their backs. But what gets me most is people professing to follow Jesus who are not reflecting him at all right now. In fact that makes me more than angry or frustrated, it actually breaks my heart.

So, I am proud to be part of a church that steps into a political situation and wants to see a change. I am delighted that the Bishops wrote this letter and then had the courage to make it public when there was no response from government. I am encouraged that the church I love (and yet also find so frustrating!) is showing some of that compassion and love of Jesus, trying to love our neighbours… 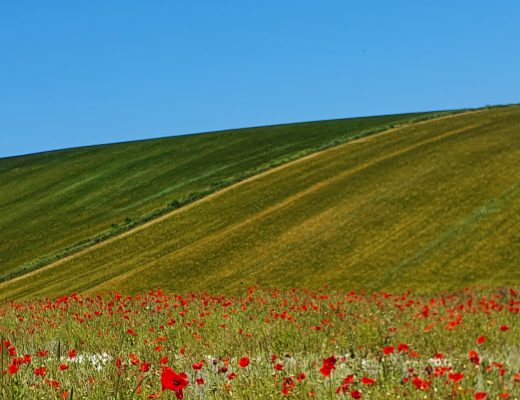 Harvest In a Time of Drought