This is a bit of a lengthy post so you might want to grab a cuppa or something and take a few mins out, it’s not the usual quick read…

Having written a book about being a mum in ministry a lot of people have been asking me about why I wrote it, and the simple answer is to encourage other women/mums/parents in ministry or those exploring it, because sometimes it’s pretty darned tough. But there is something deeper to it, that I’ve been wrestling with and praying into for a while but not really able to express. In many ways it’s as basic as: without women’s perspective we don’t fully see God, but it’s also that I believe women are the prophetic voice of the church for now. So in that, us women need to stand in that place and own it, we need to speak the word of God and use our influence.

As an artist I have always been fascinated by colour. At art college an early piece of work was to produce a colour wheel showing different shades of a colour made by adding the primary colours to it in different quantities. Red + yellow doesn’t just = orange for example, you’ve got the whole spectrum from bright red through to bright yellow, then add into that, adding white or black and you get browner or pinkier shades through to more lemony yellows. We only did a basic wheel but it was still a lot of work. So imagine then taking out one of those primary colours (red, yellow or blue) and you find you limit your palette quite dramatically. Without red for example you have no browns, oranges, no purples or pinks, and so on.

Recently I’ve been pondering over the number of comments that younger female clergy get along the lines of: ‘you are a breath of fresh air’. In my book I note that while this is usually given as a compliment, there is clearly something more behind it, implicit in it is: ‘you’re different, you’re not what we’re used to and you’re not what we expected’. We bring something different to the church.

I think it’s a bit like a colour palette where one colour has been missing and all of a sudden, adding in that missing primary colour brings with it a whole new range of shades previously unseen. It’s not a perfect analogy of course but I like it because it avoids the black and white of gender specifics that we often see noted, like: women are naturally more nurturing or pastoral, when it’s usually far more nuanced than that.

So now imagine the church as a picture where one primary colour has been missing and gradually it is being introduced (or perhaps re introduced). Women are bringing a colour to the church that is needed to give us a fuller and more vibrant picture of God and God’s church. It really feels like a rising tide of the Holy Spirit.

There’s lots written about women’s voices in the bible, but perhaps the most profound for me is where we see women being the first to both hear or see the news that Jesus had risen from the dead, and then get the mandate to go out and tell that news to others.

All four gospels recount that women are the first to hear this, whether from an angel or from Jesus himself. In all four they are the first to share the news, and in Matthew, Mark & John they are actually told to go and share it.

And yet what do we see? In Mark 16:11 we see that Mary Magdalene was not believed and in Luke 24:11 we find that apart from Peter:

they did not believe the women, because their words seemed to them like nonsense

(sigh) you can just imagine the conversations can’t you?

BUT we see a few verses later in Mark 16:14 Jesus actually rebuking the disciples for refusing to believe those who had seen him.

Later Jesus appeared to the Eleven as they were eating; he rebuked them for their lack of faith and their stubborn refusal to believe those who had seen him after he had risen.

Women were given a voice then, a voice to prophetically share his message, his good news, and I believe Jesus never wanted us to stop using it, but you know, lack of faith, stubbornness, culture, patriarchy, human decision, blah blah blah, we know the drill.

So what’s so special now? Well finally the church is catching up and women are being given more of a voice (though it’s not without opposition as many of us know). I just have such a sense that as women we are being called to step into the same shoes as Mary Magdalene and others who first saw the risen Christ. Not just in a nice reasoned way that they are our examples, but prophetically, and for now. And to do that we need to be the people God has made us to be.

I don’t think that phrase ‘a breath of fresh air’ is a coincidence, it brings a sense of God’s breath – breathing new life in it’s wake. Scripture gives us various verses on the breath of God. For example Psalm 33:6 talks of God creating the world with God’s word and breath; Jesus breathed the Holy Spirit onto his disciples in John 20:22 and in Genesis 2:7 God breathed the breath of life into man.

The breath of God carries such power, so this idea that we might be ‘a breath of fresh air’ gives to me a prophetic sense of us women not just bringing something different, or being different to what people are used to, but actually bringing a fresh wave of God’s breath as we minister.

So we have the prophetic message more fully confirmed. You will do well to be attentive to this as to a lamp shining in a dark place, until the day dawns and the morning star rises in your hearts. First of all you must understand this, that no prophecy of scripture is a matter of one’s own interpretation, because no prophecy ever came by human will, but men and women moved by the Holy Spirit spoke from God

One of the most important things I advise women going into ministry or exploring vocation is to remember to be the person who God made you to be. Sounds simple but for many of us women we find ourselves feeling squeezed into a mould that just doesn’t fit. We find ourselves surrounded by male dominated attitudes which can be hard to challenge. We see patterns of ministry modelled that just don’t work for us, especially if we have families or a partner who works full time for example.

This word in Peter reminds me to listen to God as the person I am made to be, in my God given identity and then, moved by the spirit God might speak through me.

A few months back I wrote about my experience at the New wine Women’s leadership day and as I write this I am reminded of Bishop Jill Duff’s words to us to allow the Holy Spirit to enable us to stretch our wings beyond the things that encage us.

So let’s be ourselves as God made us, let’s step into all that God has for us right now, let’s be the prophetic voice to the church and the world that needs to be spoken.

As I noted in the final chapter of my book:

I encourage you to throw yourself into this rising Holy Spirit tide, washing through the bride of Christ and bringing a breath of fresh air in its wake. 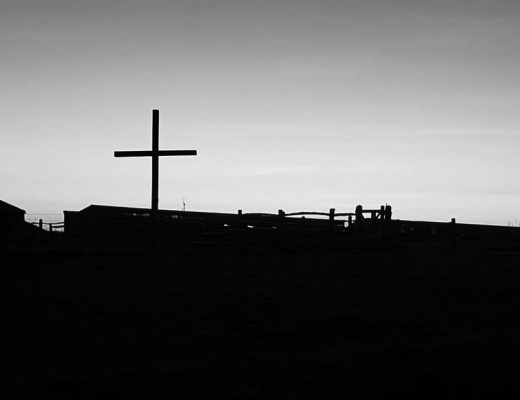 Discernment, writing and a neglected blog